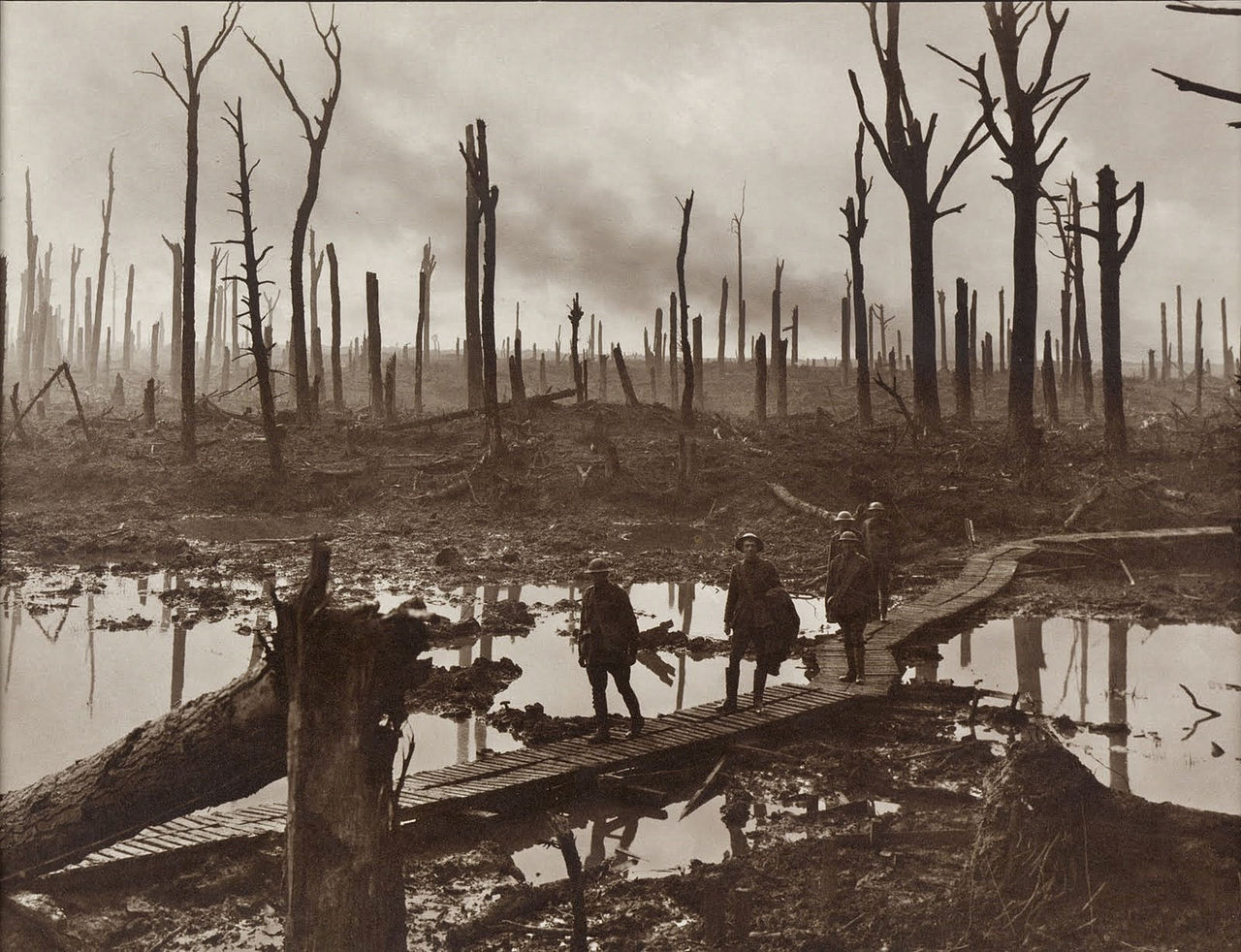 And the trees were standing like sentinels to hell itself.

I wonder what would have happened if the so called leaders of today had been in charge during the Great War or World War 2!  Hmmm?

Trump held back on his condemnation of the Charlottesville violence until he had all the facts about who was to blame. Sounds rational to me. But the Alt Left proponents went berserk over this statement claiming that the difference between Antifa, BLM etc and the violence they perpetrate over the White Supremacists is like comparing a Cessna (them) to a C130 Herc (Alt Right). Major Newspapers agreed…. Oh really.

“We just want to bring down the government” one Alt Lefty was heard to say.  “We’re not domestic terrorists like those Alt Righties are.”

Heard at a sidebar poker game just after the violence: “Alt see your Charlottesville and raise you three Berkeley’s, five Down with Free Speech proponents and a couple of murders.  Damn, you got me. Alt call!”

Today’s Oxymoron: Donald Trump and the United States of America.

Another Oxymoron: “Healthy foods that are destroying your body.” says a leading nutritionist. Say what?? No wonder we’re so screwed up. And why are there so many sick people in health food stores anyway. Why? Why?

This just in: Celebrity Fashion Face off: Who wore it better? My answer? Who gives two F%$ks.

200 ways on how to lose weight. I know of just one: STOP EATING!

From the “this is just so obvious file: Obama’s post Charlottesville message. Best and most liked tweet E..V..E..R.  In the history of Tweetie Pies.  Of course it is. Trump’s tweet asking all Americans to calm down, love and respect one another is classified as most hateful tweet E..V..E..R in the history of the Tweetosphere. My thoughts: Tweetle Dee and Tweetle Dumber.

I think Canadians pay more attention to US politics than their own. I mean news or no news, real or fake news about Trump, makes the 11 O’clock news here every single night since his inauguration. We get it. You have Trump Derangement Syndrome (TDS) in spades (Ooops, see Bridge comment below). See a therapist and lay off with the coverage. That is why I never watch broadcast news anymore. My wife does.

Charlottesville: Its TRUMP’s fault. And if not then its Climate Change.

Lefties want to take down all statues of Southern Confederate Heroes and Military Generals, like Robert E Lee. We cannot let the Alt Left rewrite History. I wonder if they know that the Democrats were the biggest proponents of slavery and huge supporters of the Confederate States.  In fact almost all of the secessionist states were DEMOCRAT…or that Lincoln was one of the original Alt Righties. The founder of the Republican Party. Check it out.

Next up for the Alt Left?  The game of Bridge and Euchre can no longer use the word “Trump” in its game play. “It just triggers too much emotional violence.” one avid Bridge player was heard to say. I am losing sleep over it. “God damn it Gladys, spades, spaDES, SPADES are trump, not clubs, damn it all Gladys” They also want to take the word “clubs” out of the Bridge and Euchre lexicon so as not to give anyone any ideas….Geeesh!

Well known Newspapers in the US calling for violence in the streets to get rid of duly elected Washington Officials, including the President………………sad state of affairs. Alt Left or Alt Right…stop reading these tabloids.

Reminds me of the song by Free: “Alt right now, baby its a alt right now.!