Again: For our American Friends and Allies

The Guadalcanal Campaign, also known as the Battle of Guadalcanal and codenamed Operation Watchtower was a military campaign fought between 7 August 1942 and 9 February 1943 on and around the island of Guadalcanal in the Pacific theater of World War II. It was the first major offensive by Allied forces against the Empire of Japan.

The Guadalcanal campaign was a significant strategic combined arms Allied victory in the Pacific theater. Along with the Battle of Midway, it has been called a turning point in the war against Japan.[10] The Japanese had reached the peak of their conquests in the Pacific. The victories at Milne Bay, Buna-Gona, and Guadalcanal marked the Allied transition from defensive operations to the strategic initiative in the theater, leading to offensive operations such as the Solomon Islands, New Guinea, and Central Pacific campaigns, that eventually resulted in Japan’s surrender and the end of World War II

Tarawa: The Front Door to the Japanese mainland:

The Battle of Tarawa was a battle in the Pacific Theater of World War II that was fought on 20–23 November 1943. It took place at the Tarawa Atoll in the Gilbert Islands, and was part of Operation Galvanic, the U.S. invasion of the Gilberts.[3] Nearly 6,400 Japanese, Koreans, and Americans died in the fighting, mostly on and around the small island of Betio, in the extreme southwest of Tarawa Atoll.[4]

The Battle of Tarawa was the first American offensive in the critical central Pacific region. It was also the first time in the Pacific War that the United States faced serious Japanese opposition to an amphibious landing.[5] Previous landings had met little or no initial resistance,[6][N 1] but on Tarawa the 4,500 Japanese defenders were well-supplied and well-prepared, and they fought almost to the last man, exacting a heavy toll on the United States Marine Corps. The U.S. had suffered similar casualties throughout the duration of other previous campaigns, for example over the six months of the Guadalcanal Campaign, but the losses on Tarawa were incurred within the space of 76 hours.

Saipan: An Island of Tears

The Battle of Saipan was a battle of the Pacific campaign of World War II, fought on the island of Saipan in the Mariana Islands from 15 June to 9 July 1944. The Allied invasion fleet embarking the expeditionary forces left Pearl Harbor on 5 June 1944, the day before Operation Overlord in Europe was launched. The U.S. 2nd Marine Division, 4th Marine Division, and the Army’s 27th Infantry Division, commanded by Lieutenant General Holland Smith, defeated the 43rd Infantry Division of the Imperial Japanese Army, commanded by Lieutenant General Yoshitsugu Saito.

1,000 Japanese civilians committed suicide in the last days of the battle by fears such as American mutilation of Japanese war dead. Some Japanese people living beside the cliff jumped from places which were later named Suicide Cliff and Banzai Cliff. These would become part of the National Historic Landmark District as Landing Beaches; Aslito/Isley Field; & Marpi Point, Saipan Island, designated in 1985. Today the sites are a memorial and Japanese people visit to console the victims’ souls.

There were other: Iwo Jima, Okinawa (Ryukus) but I thought these three lesser known battles would represent the US Military sacrifices during the Pacific War.

Of course the Marines could go nowhere without the US Navy: 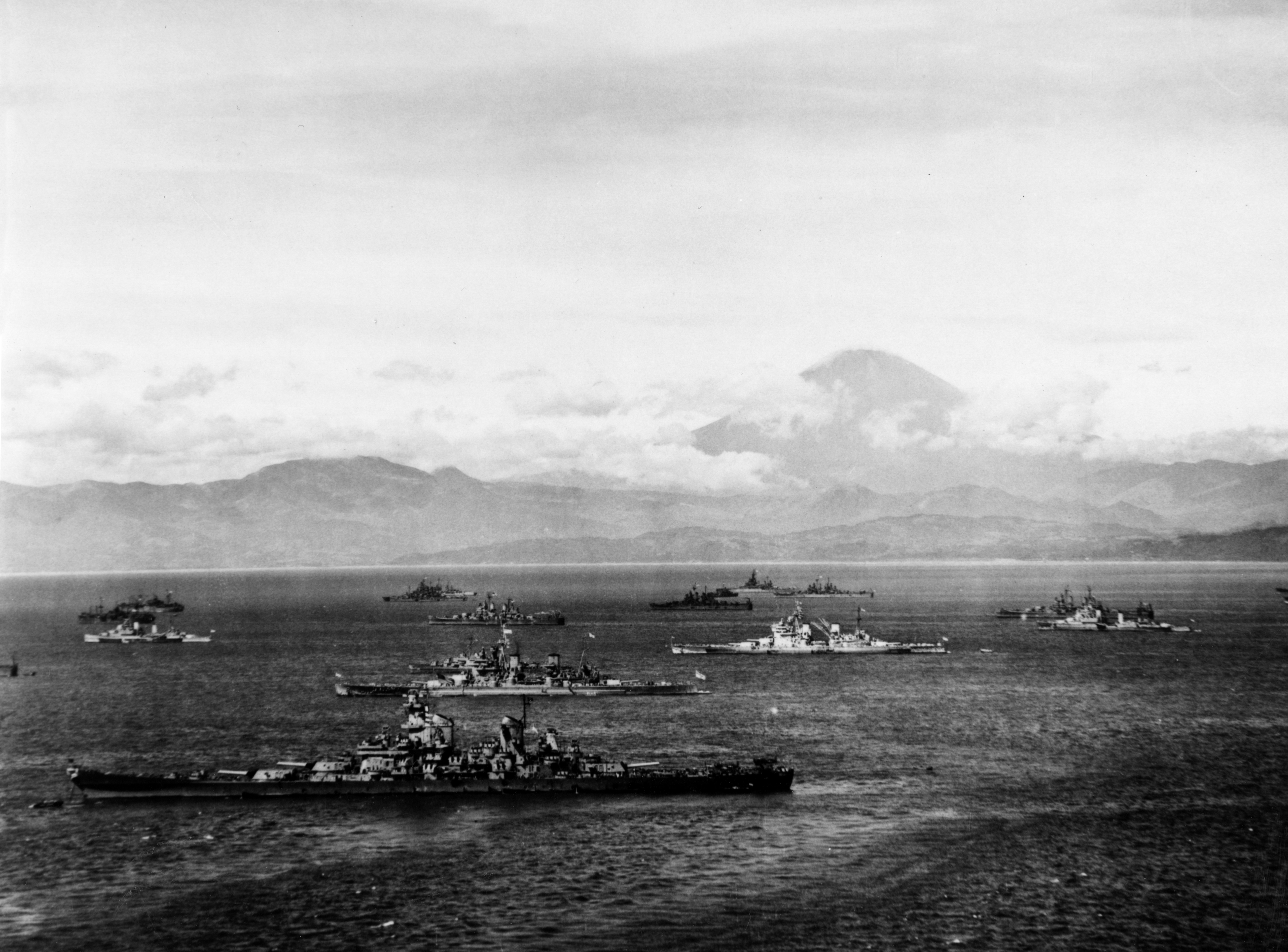 Finally, one song I truly love – even if I am a Canadian.