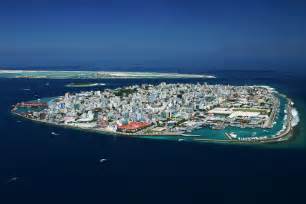 Appears that one of Meghan Markle’s ancestors was beheaded by King Henry VIII. Don’t worry Meghan. I don’t think Prince Harry’s family holds a grudge. The queen is probably amused by it all.

US President Donald Trump’s pullout from the Paris Agreement will push up global temperatures nearly half a degree Celsius (0.9 degrees Fahrenheit) by 2100, according to a report released Wednesday at UN climate talks in Bonn. Wow, that is a lot of hot air and natural gas on Donald’s part don’t ya think.

Venezuela basket case? Country blames Donald Trump for its woes. Man this guy is amazing in what he can do. Seems that Trump is now to blame for World Wars I and II. And Korea and Vietnam as well. Amazing.

Oh, and they, the UN, forgot to provide empirical, scientific, rock solid proof that the current warm period is mostly/solely caused by Mankind, but, then, they are cultists, and do not need proof to Believe. Nor do they feel a need to practice what they preach. No, they have Trump! That is all they need. never mind this phenom:

Manson Dead! There is a God. Wonder how he’s enjoying meeting Lucy thus far. Now, if only Mugabe would go out peacefully. Somehow I doubt that.

All in the name of peace: “Greenpeace threatens to call police on The Rebel for filming them during the Bonn climate conference. Say no more.

Second woman accuses Franken of groping her. “What’s the big deal.” someone was heard to say. “That’s what democrats do.”

Thanks to Maggie’s Farm for this:

In light of the frequency of human and grizzly bear encounters, the Alaska Department of Fish and Game is advising hikers, hunters, and fishermen to take extra precautions and keep alert for bears while in the field. They advise that outdoorsmen wear noisy little bells on their clothing so as not to startle bears.

They also advise outdoorsmen to carry pepper spray with them in case of an encounter with a bear. It is also a good idea to watch out for fresh signs of bear activity. Outdoorsmen should recognize the difference between black bear and grizzly bear dung. Black bear dung is smaller and contains lots of berries and squirrel fur.

Grizzly bear dung has little bells in it and smells like pepper.

And this is why the Darwin Award was established.

Slow news day. Everyone is recovering from the Bonn climate change hangover. You too can look like this after attending one of these conferences: