Thanks for all your thoughts and cards. Appreciated it. The boys and I are doing alright.

Hard to get into it today. Buddy of mine sent me this. Thought it was great:

In a recent linguistic competition held in London and attended by,
supposedly, the best in the world, Samdar Balgobin, a Guyanese man, was the clear winner with a standing ovation which lasted over 5 minutes.

Here is his astute answer:

When you marry the right woman, you are COMPLETE.

When you marry the wrong woman, you are FINISHED

And when the right one catches you with the wrong one, you are COMPLETELY FINISHED!!!

He won a trip around the world and a case of 25 year old Scotch!

Of course I wouldn’t know about that at all!

World leaders are meeting in Davos Switzerland this week to discuss many neat things…like the environment. Oxymoronic don’t you think when Al Gore et al predicted the end of blow…er snow… as a result of global warming…er climate change? Must have been a tad embarrassing arriving at Davos to see this:

“I’m sure he (Gore) said the end of blow…the representatives from Mexico and Columbia snorted. That is racist I tell you, bloody racist.”

Natural disasters caused more than $300 billion in damage in 2017 and environmental dangers dominate the top risks in the Global Risks Report. Climate change will increase the risks.

No, building homes on flood plains will. Development within arid dry brush areas will. Poor forestry practices will, neglect of critical infrastructure will. Building homes in isolated areas will. 90% of forest fires are caused by humans either deliberately or indirectly….will….So there William!

Participants include: Al Gore, former U.S. Vice-President (of what?); Peter O’Neill, Prime Minister of Papua New Guinea (Who?); Philipp M. Hildebrand, Vice-Chairman, BlackRock (Who?); Hailemariam Desalegn, Prime Minister of Ethiopia (Who?); Hindou Oumarou Ibrahim, Coordinator, Association for Indigenous Women and Peoples of Chad (of Whom?) … all of whom…er who…no whom… are signatories for the implementation of the UN’s climate Change fraud…er fund. Trudeau nodded in agreement. “Hey I’ll raise you $2.5B for that fund.”  “Canadians are so gullible” he whispered into an open mic.

“Yeah, but it’s Canadian dollars you know Justine….” they all laughed when they realized that important fact.

Yeah that’ll do it Al. A who’s who in the climate change world.

Will Trump crash this party?

Probably. Expect “America First,” a broadside against unfair trade practices, tough talk toward enemies and a fair bit of bragging when U.S. President Donald Trump speaks at the World Economic Forum (WTF?) next week, according to a range of policy commentators.

You know, standing up for what is right about one’s own country. Just like Germany, France and the Swiss do. America first?

“No bloody way Mutti Merkel touts.  It’s isolationist, racist I tell you. How dare you look out for your constituents. Zat iz not the European vay”

Interesting that Switzerland has been ranked as the best country in the world in which to live…two years running. “Oh, are they part of the EU financial and cultural basket case? No? No?  Can there be a correlation here? Mutti was asked.

Meanwhile Trudeau, not to be outdone by Trump, assured the audience at Davos that while Trump acts like the big bad bully he is Canada remains steadfast as a beacon of light and hope in an ever increasing dangerous world. Just look at me folks:

See, even these people agree. Are they laughing at Trump or Trudeau’s new sweater: 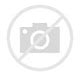 Too much craziness out there.

Hey I see Canada is now ranked #2 of the best countries in the world in which to live. Switzerland is #1. Nutella beat out Maple Syrup for the second year in a row………..sweeeeeeeeeeeeeeeeeeeeeeet!

This just in:  A dozen beasts have been disqualified from this year’s Saudi “camel beauty contest” because their handlers used Botox to make them more handsome….I kid you not!

This latest scandal coming in on the heels of the 2017 Muslim Beauty pageant. 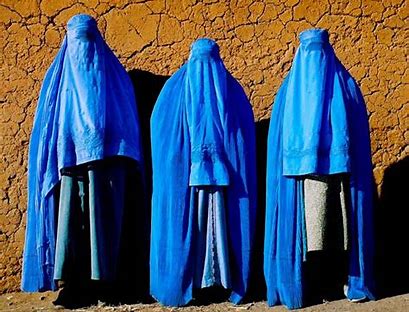 During the Burka swimsuit competition the judges were heard to remark. “This was truly a huge challenge as no clear winner emerged.”

At Davos, Indian Prime Minister Narendra Modi called for greater international cooperation on issues such as climate change and cited the rise of protectionism as a threat facing the world, presenting a vision at odds with U.S. President Donald Trump’s “America First” approach.

Why do we even listen to these guys anymore?

Oh and the latest Darwin award goes to our new generation of kids:

“YouTube and Facebook are trying to stop the spread of the Tide Pod Challenge, a bizarre and dangerous online craze where teenagers eat laundry detergent packets on camera.”

“Gawd, when I was a kid we were so poor that I had to eat my tide right out of the box.”

“Oh yeah? Not me. We were soooo poor when I was a kid that my mom washed my mouth out with a used bar of soap each and every day! So there……….!”

Tune of the day:

I don’t know. Is a Sultan a Muslim elder or a Burka swimsuit competition judge, or what? I just don’t know but this song rocks.

Have a wonderful Wednesday.