Lisa Helps, current Mayor of Victoria, is going to run again. Why? To save the planet from ourselves, that’s why.  We have to get rid of these hard lefties. They’re so damn righteous and arrogant!

Today’s headline in our city’s daily rag: Weird looking bird comes in from the cold. What, it never gets cold here guys. Plus 8C Are you kidding me? Now this is cold Victorians!

Also just in from Victoria, BC. Long awaited replacement for the iconic but really, really ugly Blue Bridge, which used to be black, and full of controversy in getting built. New bridge will have a blue hue at night with fish friendly accent lights! Ooooooo! How do they know that? But will the bridge work. “Don’t know,” a city official said. The steel used on this bridge was manu-fractured in China. The steel failed the quality assurance test twice. “Not too worry…move on” another city official remarked. “No story here.” I for one will avoid that bridge at all costs and if I do have to cross it I will say a prayer to the bridge gods before I go over it. Remember the Ellice Street Bridge disaster Victoria of 1895. “Yes  but when that sucker goes down the fishies will be able to see it coming down so it will not hurt the fishies and we’ll be able to find it, the bridge span that is, under water due to those lights…..Geesh, and we elected these guys and gals!

This just in: The UN IPCC states categorically that 2017 was the hottest year on record. Harvey Weinstein, Kevin Spacey and others nod in total agreement. Even Oprah agrees:

See, even that perv Harv agrees with Oprah! Hey, the UN is all-inclusive isn’t it?

Oxymoron statement of the week: Going on a vacation in North Korea.  It was a wonderful experience. What surprised you the most one tourist was asked. “Oh, the hats of course.”

“Yeah, and its all-inclusive.” another tourist remarked. “And the food is to die for:” 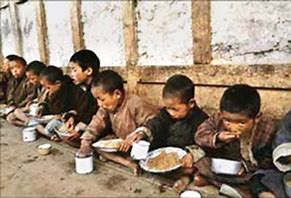 This just in: A form of that same (Ontario) ideologically based sex-ed called SOGI 123, is being rolled out in BC. The SOGI curriculum, among other things, teaches that gender is fluid and not determined through biological sex – Says who? Just like in Ontario….to eight year old kids for heaven’s sake!  We have to rid ourselves of this progressiveness and soon before all of our values are undermined and destroyed by this hard-core ideology being pushed down the throats of our children in our schools. C’mon teachers, get back to our core teaching values, as in the new math:

Have a terrific Thursday: