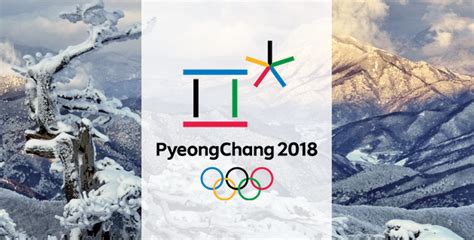 Great! I apologize to some of my Swiss friends out there but Canada beat Switzerland in Mixed Curling. The reviews are mixed as well. Seems to some pundits Curling is the world’s most boring sport of all sports that were ever out there in sports land. Eva! I don’t know about you but I would have thought that “Rhythmic Gymnastics” of the summer games would have that all locked up. Yeah, remember this spine tingling, super suspenseful moment:

Wait a minute. Is she double jointed? I take that back.

But I do pine for the days of this sport: 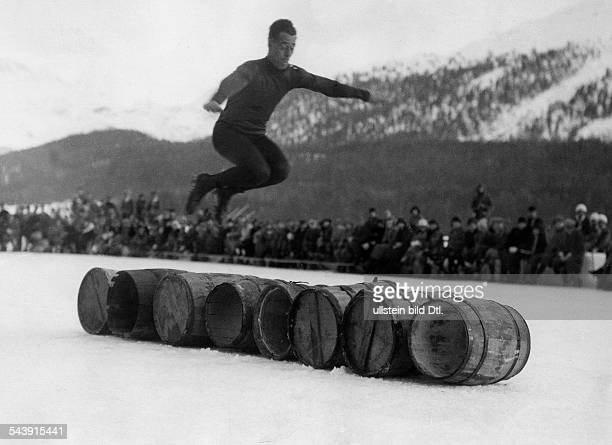 Now that was a sport. A short little story:

“Barrel Jumping” used to be an accredited winter sport, both amateur and professional.  It was never a winter Olympic event but it should have been.  I remember watching it on the Wide World of Sport TV program: that late Saturday afternoon stalwart of sports, “the thrill of victory and the agony of defeat,” which I believe is no longer a fan favourite being replaced by the mundane and hyped Monday Night Football.  Barrel Jumping was a real man’s sport, sort of like winter’s version of the “High Jump and Long Jump” combined and all rolled into one event except that on completing the leap the competitor either landed squarely on his blades on the ice in triumphant jubilation or crash mercilessly, convulsively, into the barrels themselves. With hope upon hope, he tripped himself up after his leap into space falling on to his backside then sliding into the boards of the rink or snow bank.  Unlike the “High Jump” there were no padded landing zones to break the skaters fall just the hard cold ice zone to break ones legs, one’s knees, ankles or pride.  Concussions seemed to top the list as well.  Probably a good thing as the more one became concussed the braver one became in this sport.  It was like their badge of honour. It was not the Sport of Kings but rather the sport of Dentists, Orthodontists, Chiropractors and Idiots.

The premise being that, in spite of idiocy and insanity, it was all about jumping over plastic barrels on skates, but on ice. The more barrels that were cleared the more adventurous and dangerous it became. It was very popular in the Northern States, particularly New York State around the Lake Placid area; Vermont, New Hampshire, Maine plus the backwoods of Quebec and parts of northern Ontario, Manitoba and Saskatchewan Canada. It was a hugely popular and well followed event. We all had our own barrel jumping heroes.

The competitor, or idiot on skates, would circle the barrels like some sort of displaced matador insanely focused on the barrels themselves that were racked side by side on the ice.  Starting with one barrel the excitement and suspense of the fans grew exponentially as the number of barrels increased: two, three, five, eight, ten and on and on it went until there was only one man left standing, or sliding into the boards. The crowds would cheer as each participant cleared the barrels in flight and cheered even louder if one came crashing down into one of the barrels. The cacophony of oooos, aaaahs and groans were the real metric of approval.  Scoring was dependant upon the competitor’s misstep and choreographed mishap, which was the real essence that made this event so compelling from a spectator’s perspective.  With each subsequent jump the competitors would try and outdo one another for the admiration and adulation of the crowds. Some would twirl, some would spin and some would jump like a drunken figure skater before building up the speed over distance that was necessary to clear the barrels. 10, 20, sometimes 30 miles per hour they could muster, their leg muscles bulging with every stride, their arms flinging in a sideways motion as if giving flight like an airplane or like the birdbrains that they were. The jumper must leap about 6 or seven feet in the air with a forward projection if he has any hope of clearing the barrels.

The competitor must have agility, speed and guts and be intellectually challenged if he is to be successful in this sport. Some would just leap and fall without the grace or agility of a showman. Others would appear to be running in thin air. Their legs, arms and skates pumping like the madmen that they were while others had the audacity and fool’s courage to project themselves horizontally over the barrels once in the air, like a human cannonball or like superman in flight with their arms outstretched dead ahead only to come crashing down to earth headlong into the barrelled mass. These guys were a crowd favourite. In essence the sport of barrel jumping was never really about clearing the barrels but about the chaotic showmanship of the competitors and their relationship with the barrels themselves as they went flying in all directions.

Unfortunately Barrel Jumping never became an Olympic sport. Instead we have Rhythmic Gymnastics!

“It was too brutal of a sport” a commentator was heard to say. “No one ever made it as all the competitors seemed to fall on their backsides.

And yet with all of this exciting stuff going on, we just had to know: 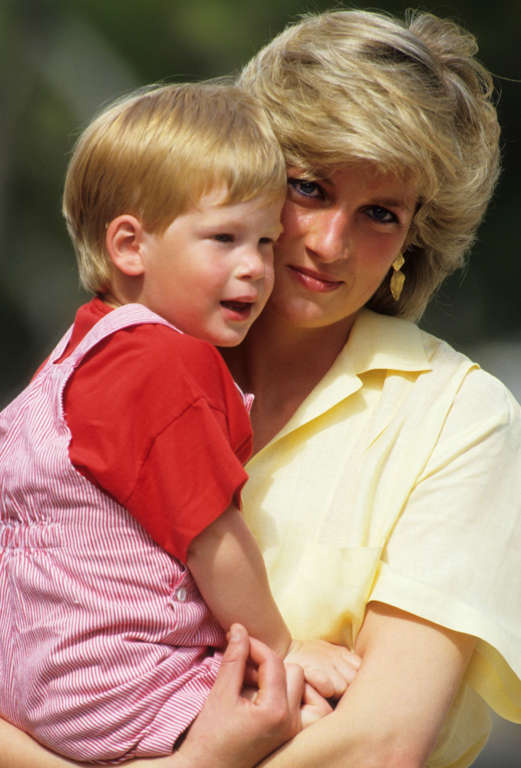 Have a terrific Tuesday.