Games are over. Closing ceremony was great. Athletes did very well. Even the Cross Country Skiers.

Hate it when these athletes become political. Ivanka Trump criticized for showing up. Why? She has every right to be there. She is the President’s daughter after all. But it is okay for the sister of the lunatic leader of North Korea to be there is it? Yeah this guy:

Who would you rather have represent you? Her? 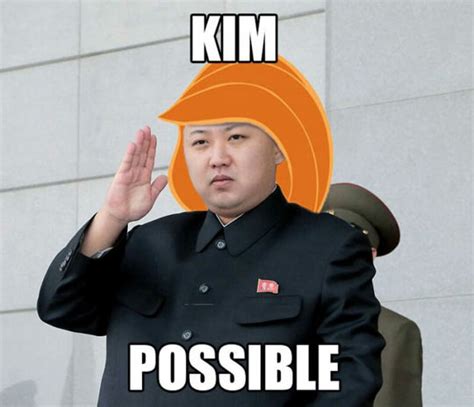 Some of these athletes are really dumbing down. Stick to your sport.

But then again when you have a Prime Minister like this guy:

It is hard to stick to anything.

His son looks very uncomfortable. “Yeah, I know I have a narcissist for a father.” Daughter doesn’t look too happy either. It was the curry me thinks.

A man convicted of attempted murder who was invited to a dinner reception with Justin Trudeau in India says he has a friendly relationship with the prime minister, and stayed away to save him from further embarrassment.

Nooooo, no, noooooo: he didn’t like what was on the menu. Moose Burgers! And, he was upset that he didn’t receive $10.5M from the Prime Minister.

Question of the year: Will Karlsson be traded?

The Weinstein (remember him) Co.’s board of directors says the company is expected to file for bankruptcy protection after last-ditch talks to sell its assets collapsed. Yes, sales of Harvey Wallbangers have tanked over the past few months. Same with his iconic “Wine Steins” label. So sad. See ya bud. Major news outlets tried to interview him about his latest cast-astrophe but they couldn’t get him off of the couch to speak to them.

Whatever turns you on I guess:

The undersides of ice shelves (Antarctica’s Ross Ice Shelf) are usually smooth due to gradual melting. But as the camera passed through the bottom of the hole, it showed the underside of the ice adorned with a glittering layer of flat ice crystals–like a jumble of snowflakes–evidence that in this particular place, sea water is actually freezing onto the base of the ice instead of melting it.

“It blew our minds,” says Christina Hulbe, a glaciologist from the University of Otago in New Zealand, who co-led the expedition.

I wonder what turns her off?

Now this from our “We Know Better Than You” crowd. Schools boards in Toronto and other places ban the use of the term “Best Friend” by children. What is next from these progressives? Time to rid ourselves of this madness. At your next civic election vote them out and replace them with candidates who have common sense ideology.