I believe tomorrow, 20th March, will be the 106th anniversary date (March 20th ??? 1912) of the death of the south polar party of Scott, Bowers, Wilson and Oates. Evans died a few weeks earlier at the foot of the Beardmore Glacier. Sad

It was ill planned and poorly executed.

Hawking, before he died predicted the end of the universe. Oh yeah, something else that we need to be concerned about. Sorry Mr Hawking but the UN IPCC already has that locked up with their climate change thingy. And what a way to go out. I only wish I could do something about that as well when I exit stage right. In this case though it is all about Steve. Sad thing is that many people will believe this shyte. The Mayan calendar comes to mind. Remember 12-12-12 was going to be the end of the world as we know it? When that day came….Nada thing happened. Nobody knows, not even you Mr Hawking….Geeesh.

For those about to start playing golf: Stop accepting those chunked chip shot in you golf game. No, no no! Start using the most neglected golf club in and out of your golf bag……………….the foot wedge. Never fails. 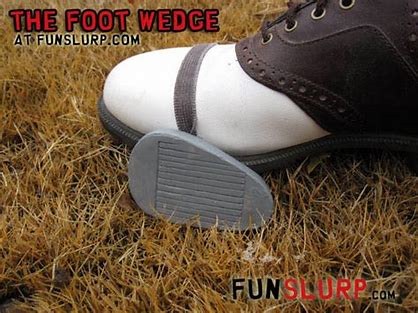 It will never let you down. It works every time.

Canadians see possible signal that the US is ready to compromise on Nafta giving Canada what it truly wants. And what is that? Well in keeping with Trudeau’s vision it will be a gender based feminist agreement. Transparency. The Transgender community and Trans Parents are all in a tizzy over this one. “We can buy woman’s clothing duty free now.” one tranny was heard to say. “This is a wynne wynne situation.” Naf said! Ta!

Trudeau celebrates this progress with his Nafta negotiating team:

Love this: 17 signs “Your Car Needs a New Battery.” Well I can think of only one…..IT WON’T START!

It will never let you down as it works every time.

Will these guys ever shut up and give up? At close to $1B made over this shyte? I doubt it. There are just too many sheeple out there without a single critical thought cell in their minute brains.

And finally this: A new wedge has been designed to eliminate all fat and thin chip shots. It’s called: “Ta daaa:” The Foot Wedge. Buy it today and improve your game by at least 18 strokes!

For you my dear Marijke. Now that is the end of the world for me.