The aggravated sexual assault charge laid by police against her attacker was dropped because the case took too long to go to trial. Shitty

Human remains found in Markham Ontario. Police won’t say how they found them but will not proceed with the case until daylight so that they can see what they’re doing. Judge throws prosecution out because it has taken the police too long to find them.

Sad: California family drives car off of a cliff. Whole family killed. Police are not sure as yet as to motive. Was it an Uber? A self drive? If they take too long in their investigation the case will be dropped…off the cliff! Why can’t the parents just do themselves in and leave the children out of it….Geesh!

A pair of self-described sex instructors from Belarus have been stuck in a Thai detention center for weeks. They say they have evidence demonstrating Russian interference in the 2016 presidential erection in the United States, and that they have offered it to the F.B.I. in exchange for a guarantee of their safety.

Their claim — that they are targets of a covert, undercover Russian operation to silence them because they know too much — might seem outlandish, but their case certainly includes some unusual circumstances. I’ll say it does. Could be a “Trojan” in the making here, one Russian official was heard to remark. It appears that they are out to screw Trump no matter what.

Love this: On March 23, upset by a protest interrupting a Friday night dinner service – one of several staged in recent months at Antlers in Toronto — Hunter took a leg of venison to a high-top table overlooking the street, placed it on a cutting board and separated the meat from the bone. The gesture riled the protesters watching through the window, with one accusing Hunter of taunting the vegans with the “leg of a recently murdered deer.” Hunter returned half an hour later to eat a piece of seared venison steak in front of the vegans. The Vegans were salivating with disgusto!

Something we couldn’t wait to hear: Katie Nicholl, royal expert and author of the new book Harry: Life, Loss, and Love, told ET that while the queen will have a “very prominent and important role” in Harry and Meghan’s wedding on May 19, she won’t be hitting the floor at the reception – especially if the Spice Girls end up performing. “She’s going to want to be a very important part of that day and indeed she will,” the author explained. “But I think when it comes to the evening reception and certainly the party, if the Spice Girls are performing, then I don’t think the queen’s going to be on the dance floor.” No she is a Macarena fan!

Latest candidates for the “Darwin Awards” Condom snorting is the newest “challenge” and a dangerous online trend that’s become popular among young people through social media.

Rival to the “Tide Pod Challenge,” “condom snorting” is a dangerous practice that involves inhaling a rubber condom up one’s nose so that it can then be fished out through the mouth. The whole thing is recorded and uploaded to YouTube or another social media outlet.

Of course, there is a huge risk. If someone inhales a piece of rubber it can get stuck and result in a blocked airway, which can lead to choking and suffocation. “I can think of better ways to use these things, can’t you?” Russian Sex Coaches agreed.

Love this (from Maggie’s Farm): Feminist Geography? What is it? Well:

Feminist geographers “challenge the masculinist formation of science as objective, gender-neutral, and value-free” by studying topics such as “spatial subjectivities” and “emotional geographies.”

Say what? Oh, you mean this: 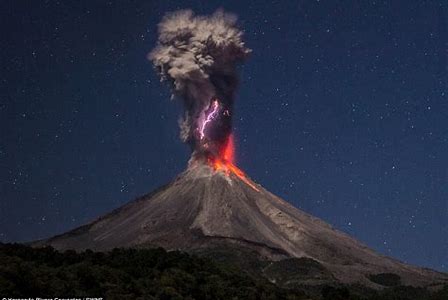 Yessss, emotional geographies the female Geographer was heard to scream.

Or, that is why women can’t read maps or drive a car in reverse!

Song of the day? Geography? Well, it’s the world I know. (Collective Soul)