Premier Horgan and his sidekick Andrew Weaver must be ecstatic now that Kinder Morgan have put their pipeline expansion plans on hold. Yes, Virginia there are consequences for their actions:

$47 billion lost in government revenue – 800,000 man hours of work gone if the Trans Mountain pipeline gets scrapped, loss of social programs, investor credibility, loss of leadership – not that we ever had any at the provincial and federal level, rule of law and integrity………………priceless.

Kinder surprise Horgan. Banned in the US for good reason. It could cause babies and toddlers to choke – like the BC Caucus.

What’s inside it you ask?

Coming to a Vancouver neighborhood near you.

“Yeah butt (sic)”….Weaver was heard to say…” we’ll have barista joints on every corner. Can’t wait” Gerald Butts, Trudeau’s Chief of Staff nodded in agreement, as he took another toke on his dope smoke…yesss!

Gas at record levels, industry leaving the province, poverty levels soar, provincial GDP tanks. “Yeah butt”…Horgan remarked. Think of all those tourists coming here to take pictures of our Ghost Towns – throughout the province. It’s a win, wynne situation, I tells ya.

Gerald Butts, Trudeau’s chief of staff nodded in agreement, as he took another draw from his smoke…dope…toke.

Grammerly app participation soars in BC government corridors of power after use of “Fook You” escalates on BC’s Letterhead.

Such hypocrisy here. Waiting to hear the outcry when gas hits $2 bucks per litre here in BC. This summer no doubt.

I always thought the NDP party represented workers. Guess not and why oh why does the east coast get a pass with their oil imports from the middle east? And why does the vocal minority always get their way out here in la la land?

Canada? As stupid is as stupid does. BC’s finance minister (below), was beside himself, and everybody else, with glee.

Wedding season is soon upon us in BC.

And where is Trudeau in all of this? 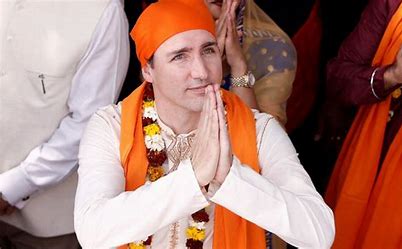 Giving thanks to Gaia of course.

Horgan and Weaver’s record so far? They have destroyed the LNG industry here in BC and with it the oil and gas sector as well. What’s their game plan? To destroy all resource based activity here for all time. I am laughing…crying!

Time to get out of Dodge…but I do feel sorry for my children.

You know, the province of BC and Ontario puts more weight into their Sex Education Programs then they do to financial acumen. That is why the adults today have no financial clue. If only they could teach our elementary students how not to blow a personal budget rather than how to blow other things.

That’s my rant for today.

Still saddened by Humboldt. God bless everyone. Hug your kids.