Countdown to Vezelay: 106 sleeps to go!

Hey, check out the book Kurofune. Just click on the link at the top right of this page.

Premier of Alberta, Rachel Notley, has threatened to turn off the gas tap to British Columbia if BC’s John Horgan refuses to budge on his stance to stop the building of the Trans Mountain Pipe line. Response of your typical BC resident:

Bring it on baby. We have lots of this stuff. We don’t need your gas Notley. Can’t drink it anyway.

How I love la-la land. And don’t worry Notley. We have this: 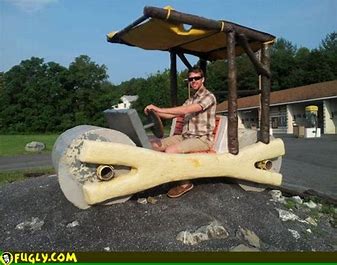 So there! Horgan was apt to respond.

It’s The World I Know:  “What if dating multiple people, sometimes at once, isn’t avoiding reality but rewriting it in your image?” sad statement of affairs – this me,me it’s all about me generation talk. Come talk to me when you’re in your 40’s, still single and lonely……Geesh.

So inviting, so sexy my wife said, having one of these:

So now they have come up with this CPAP device.

Looks like a sweat band to me! Tennis anyone?

$128 bucks for a Nike Sweat Band? Are they kidding me.

“Night Court” star Harry Anderson dead at 65. I always liked this guy. Sad and too young to go.

This just in: Obama’s new car is breathtaking:

The Canadian embassy in Cuba is now considered as dangerous as the missions in Afghanistan, Iraq and Lebanon, and officials are clawing back rules that let diplomats posted there bring their family with them as the mysterious case of unexplained symptoms experienced by staff there gets even more bizarre.

It’s the “Salsa” Trudeau remarked. No story here, move on!

It’s all Trumps fault I tell ya. It’s madness. Impeach the bastard right away. Obama surely deserves another Nobel Peace Prize for all of the work he has done to bring this about.

Then again, can anyone who looks and acts like this, really be trusted?

And what about them hats? Scary!

That’s all for today:

Song of the day in deference to BC politics and leadership: