Sad but somewhat angry note to start things off today. While it is sad to hear about Mr Bourdain’s and Ms Spade’s death it pisses me off to no end that these individuals would kill themselves when they had so much to live for. Yes depression is tough but they could have reached out to someone, a loved one perhaps, for help. Why am I mad at these people? Because I lost my wife to cancer 6 months ago and she fought like the dickens to live, for life. Her courage to continue on under severe circumstances and suffering was heartening. She never gave up until the very end. I also have some friends that are going thru this same fight with courage and dignity for life itself. They have been fighting this disease every second, minute, hour, day, month and years to continue on. Life is precious. Do not throw it away like these people have.

“Trump is a bully. We hate him so much” the G7 communique reads.

I have attended conferences like this. Pleasantries, accords are fine  but nothing gets done. We now have a leader on the world stage that knows this all too well and is willing to upset the international apple cart by stating as such. These communique’s mean nothing. The elite’s are upset because one of their own is calling the spade for what it is: a shovel of shyte. Look at Trump in this picture. Full of confidence. The others are aghast at what has happened. Their communique reads like a McDonald’s menu: bland, tasteless, expensive and full of crap. Look at Trudeau. He is eying the Chinese in this picture as he so, so much admires their McDonald’s dick taters.

Of course these leaders are all in a twitter about the whole affair but are unwilling to address their concerns in public. Canada’s response?

“Hugs” do not put food on the table or provide meaningful employment.

Meanwhile pouring milk and dairy into the US market with huge government subsidies has been going on for decades in Canada to protect the Quebec dairy monopoly. This is indeed the Canadian elephant in the room that nobody in Canada, least alone out Prime Minister, is willing to acknowledge. Same with our softwood lumber exports. Trump know this all too well and his tariffs prove his willingness to stand up for the American people no matter what. Same crap is going on in Europe. Massive subsidies for French and German goods and services to ensure that American products cannot compete. Trump may be the most hated man on the planet right now but at least he has the “balls” to continue his fight for the American people. Wish the same was true for our leaders here at the Provincial and Federal level.

Trump may be bombastic but he is right. Free trade means no protectionism, no debilitating tariffs.

By the way, Trudeau is so mad his eyebrows are in a snit:

Naf said about that. Ta. 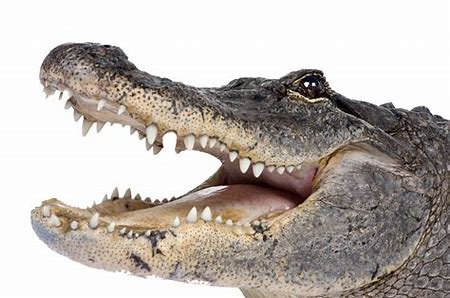 Should be an interesting “Caucus” meeting me thinks.

Apparently this has come out from an incident with a young female reporter in BC at a music festival in 2000 that a young Trudeau attended. But in true liberal fashion and logic the PM responded “Of course I was pissed so I don’t remember the incident.” When pissed, er pressed, if he would impose the same standard re sexual behaviour that he has imposed on the liberal “Caucus” he added: ” listen, maybe it happened. Oh I don’t know, I was probably out of it. If it did occur I probably thought she was a cougar, not an alligator. Look to my caucus for a response.”

Say no more to the Liberal double take!

Meanwhile down in Texas:  Shale country is out of workers. That means $140,000 for a truck driver and 100% pay hikes. “This place is booming.” the mayor of Midland Texas beamed. Meanwhile back in Canada:

I have a dream!

The Populist Movement? It means that ordinary people, working people are rightly pissed off at the so called intellectual elite who feel that their “we know better than you” policies are right for the world. Truth be told is that their world is crumbling. Their civilization is toilet trained! In the dumps. The shits with no moral compass. Just ask Harv Weinstein et al!

Song of the day: Badfinger and “Walk That Road.”