How’s the World Cup doing for ya today? Well, surprise upon surprise the Swiss and Brazil tied: 1-1. Germany lost to Mexico 0-1, and Costa Rica lost to the Serbs. Yes again a titilizing score of 0-1. Wow, after 94 minutes of play. How can you not score on this:

In the 35th minute, Mexico scores which means nothing for over 93 minutes of play. Exciting stuff!

Iceland ties with Argentina 1-1. Whoa, another upset. Must have been all of that hot gas in Iceland. High pressure gas erupts during World Cup match with Argentina. Sweden over Peru in…you guessed it…another thrilling 1-0 score. Good gawd, it’s like watching paint dry.

Other stuff going on: The Weinstein legacy.

Having Learned Nothing, Democrats Turn to Hollywood for help in 2018 and 2020:

Yeah, like that’s real profound Hollywood. I’m going to listen to you and vote Trump for sure.”

From the School of “Head in the Sand” comes this:

“Of course Venezuelan socialism hasn’t failed because it has never been in place. This is just a fantasy of capitalism at work here.” 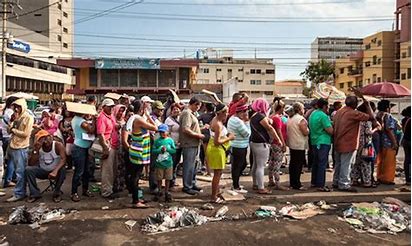 I hear Vancouver wants to adopt this model.

This just in from CNN:
“We report the truth – And leave the Russia-Collusion fairy tale to the Conspiracy media!!”
“Hey, lets continue our under cover work on Stormy Daniels.”

Bite the “Karma” hand that feeds ya

San Juan Democratic mayor who trashed Trump is now under FBI investigation over distribution of relief supplies. Was told by Democrats to trash Trump…so she did. Many state that perhaps it’s time for Puerto Rico to stand on its own… and see how that works for ya.

Love this headline from Entertainment News:

“Angelina’s daughter was gorgeous but now she looks insane.”
Just like her mother.
Don’t they have editors at these rags?

Something not heard or read very often, especially from the Guardian:

Donald Trump was right. The rest of the G7 were wrong
Of course the Guardian was referring to the massive farm subsidies that Canada and the EU imposes on American goods to ensure American dairy products cannot compete within their countries… for nation security reasons. So, the US imposes sanctions and duties of their own and these countries go ballistic…Hypocrisy knows no bounds.

The plot against merit:

“Yeah, diversity is our strength. Inclusiveness is a god given right. If one of us is stupid then all of us have to be stupid too. No question.”  That is “Liberal” logic.

Blind journalism at work.
Goldie Hawn, 72, is still a  pinup as she lounges on speedboat in Greece with beau Kurt Russel, 67.

That’s all I wrote.

Song of the day: Gabriel won an award for this video