You know I almost forgot:

Time magazine, in their standard New Year’s edition, named Journalists as the person / persons of the year. Are you kidding me? Must be fake news. No, no, no. For a blogger like me this guy has to be one of the news makers of the year, what with all of his threats”: 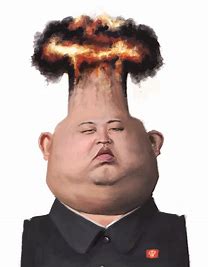 And his band of Merry Men: 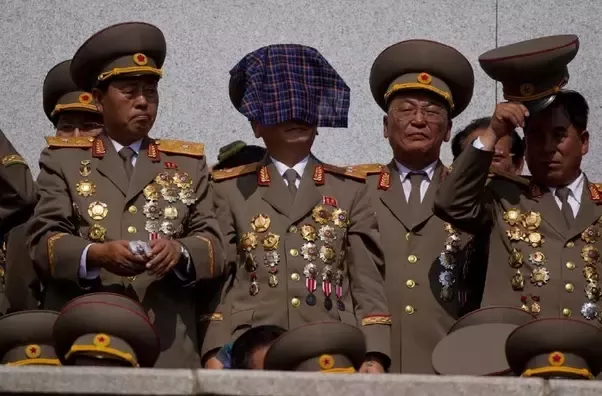 Check out those hats man, and uniforms. And here, at a North Korean “Pride” Parade:

I’ll say. It was a nice day for a parade until they brought out the electron magnet.

Nah, we here in the west have nothing to worry about.

And my other newsworthy person of the year has to be:

For a blogger like me these dudes are the gifts that keep on giving. It was close though as I felt that this guy deserved an honorable mention.

“Manna from heaven dude. Hey David let’s go for a Barista and a toke man.”

For my European friends the guy on the right is our fearless (and clueless) Prime Minister. The guy on the left is David Suzuki, Canada’s pre-eminent enviro – mental.

And of course, what about this guy:

See, even this guy agrees with me.

So, my person of the year is shared between Donald Trump of the USA’s Bridge and Euchre Association and Who Flung Poo from North Korea. Honourable mentions to Macron and Trudeau – brothers in arms.

Song of the day. This is a classic. When this came out in 1960 it would turn out to be the greatest dance tune of all time. It hit number one on the charts multiple times and went on the produce many copycats. I was 9 when it came out and I remember, fondly, playing this record over and over and over again at the cottage on Georgian Bay that my parents rented for a few weeks every summer. Great memories:

You know this is a great song for even after 59 years you still want to get up and shake that booty. Check out those glam suits.

If the world had more songs like this there definitely would be world peace.