It would appear that Delta airlines and Coke didn’t expect the fallout to their latest marketing plan of passing napkins to frequent flyers to pass to other passengers in what they called their “plane crush.” “You never know they said.” Well the unintended consequence of this marketing scheme was the unintended rush to the washrooms, of which there were just a few. Delta and Coke apologized and assured passengers that additional washrooms would soon be a fact of life on their long haul flights. I can’t make this up.

Stewardesses and Stewards were being issued new uniforms.

Did you know that the latest progressiveness of the Democratic Party is to allow for 3rd trimester abortions up to and including the 40th week. They also believe that women should have the right to abort the birth immediately after delivery – if she so chooses. Yes, I am a staunch believer that a woman has the right to choose however there are limits and this progressive policy my friends comes down to infanticide – murder!

Senator Ralph Northam, the Democratic Governor of Virginia, exposed the Democratic Party’s position on long term abortion for what it really is: infanticide. The Democratic Party’s response? They found a old photograph of good ole Ralphy from his Medical School days dressed with another person in Black Face and a Klu Klux Klan outfit and put it out there for all to see and of course to destroy the Governor’s reputation. Bad taste and poor judgement on Ralphy’s part? Yes. Of course. But this occurred some 35 years ago when stunts like this were very common at University parties. And this coming from those tolerant, progressive Democrats.

The woman’s league of the party was not amused with the Governor’s remarks: 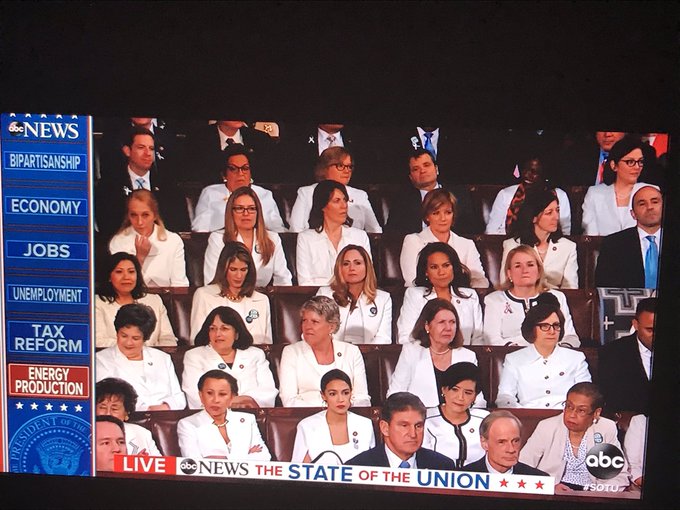 Does that picture remind you of something in the Dem’s deep dark past?

Meanwhile Ralphy has been forced to go back and reflect on the way he acts:

CNN’s response? Hitler! The devil incarnate. The speech was a disgrace to all liberal values, especially Climate Change and Global Warming and of course, the legality of long term abortions.

Meanwhile, somewhere in the Midwestern states and / or western Canada:

What are your thoughts on this Al baby

Heard in passing. Justinian praying to his late father about the economy:

That’s all she wrote.

This is kind of creepy:

Gotta go. I have a flight to catch:

Have a great Navy day