New record dead zone discovered. When I read that headline my immediate reaction was: yeah, what else is new? Ottawa has been a dead zone for years now. 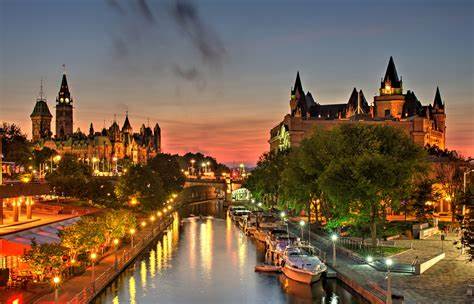 You think that is a sunset don’t you. Well it is 10 am in downtown Ottawa. That orange hue is radiation emitting from the Parliament Buildings.

But alas they were referring to a natural phenom in the Gulf of Mexico, off the southern US states. Whew, missed that bullet as there is nothing natural going on in Ottawa – or Disneyland on the Rideau as it is known.

Ah foods that are so unhealthy that they are EVIL.

Yeah but they are so,so good. Remember, if things are good in moderation then they must be great in excess! Enjoy………………….

Rwanda genocide survivor wants to be a Canadian but the citizen test triggers trauma flashbacks for her. “They asked me if I was aware of the MMIW (Murdered and Missing Women) report’s conclusions. That did it.”

Prime Minister Trudeau then awarded her $10.5M for her trauma. Seems that the Canadian immigration office in Rwanda in now flooded by immigration requests.

Kate Middleton has the best response to a little girls’ question:

“It was hawked” Harry confesses.

Of course not. Every single male out there knows that KD is one molecule short of being plastic. Indeed KD is on the PM’s list of banned plastic substances to come into effect by 2021.

Flat earthers and the rise of science deniers. From the office of Alexandra Occasionally Cortez but Generally Whacko comes this:

Our future leadership. Is there a spaceship travelling to a comet anywhere?

Wish you were here: