Hey. We Canadians are so smug. We are so much better than those dastardly Americans, or any other country in the world. Consider this:

What did we invent?

Yes, peanut butter. That wonderful gooey concoction every Canadian youth grew up with.

And what did we do with this marvelous invention of ours? Well we banned it from every schoolyard, cafeteria in the country. If we really wanted to invent something we should have come up with an anti-dope to peanut allergies.

Oh yeah, we also invented the zipper. Now that was a great invention, especially to all of us males out there who no longer pissed ourselves when trying to undo those buttons when nature really called, as in RIGHT NOW! 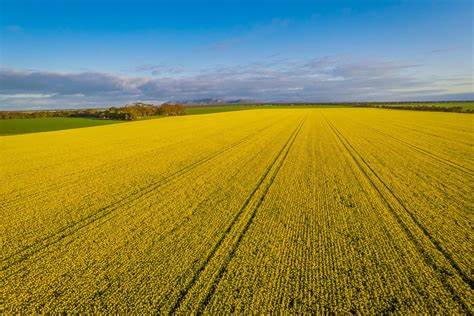 Beautiful isn’t it. As in Cheeze whiz:

KD for short, Canola is also just one molecule shy of being plastic. Canada’s upcoming single use plastic ban has me and many others like me stocking up like survivalists. My basement is going to be full of this stuff. Of course I will stock my garage with Canola Oil to service my car’s lubrication needs or to use it like axel grease when required.

Why are all of these things that are sooo very bad for us…yellow? Why? One of nature’s mysteries I digress.

Glowing in the dark: Oklahoma man allegedly driving stolen vehicle filled with uranium, a rattlesnake, and Kentucky Deluxe Whiskey. What a concoction. Apparently last we heard he was headed for Canada to get some of that radioactive Canola for dessert.

Talk about dumb and dumber: Ocasio-Cortez, that whacko US congresswoman announces a new bill in congress to make the US electoral college tuition-free.

I cannot make this stuff up…really.