After all, we are just:

Our government is at a cross-road. A liberal conundrum. 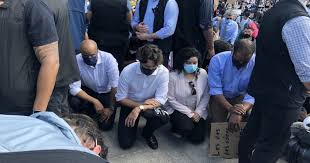 Oh Lord, please give me direction.

Don’t matter. Canadians will buy into anything we do.

Masks do not work, or curtail Covid, so says a new study.

WHO (Who?) visits China for 3 weeks but avoids Wuhan…like the plague. Remain in Beijing.

Curve was flattened months ago. Hospitals have not been overrun so why are we implementing draconian restrictions on our way of life and individual rights? What’s going on here folks?

100 new cases reported in BC. What isn’t answered or asked is “at what age, how many deaths?”

More people die of fentanyl laced drugs in BC in one month than total deaths from Covid 19. Over 500 deaths in the past 3 months alone.  What’s going on here folks? This is a major failure on the part of our health authorities. Yet no response.

Meanwhile day 80 of the continuous BLM riots in Portland. But the Blue Jays won over Baltimore!

Yes but I parred the 8th hole at Cowichan last week so life is good. 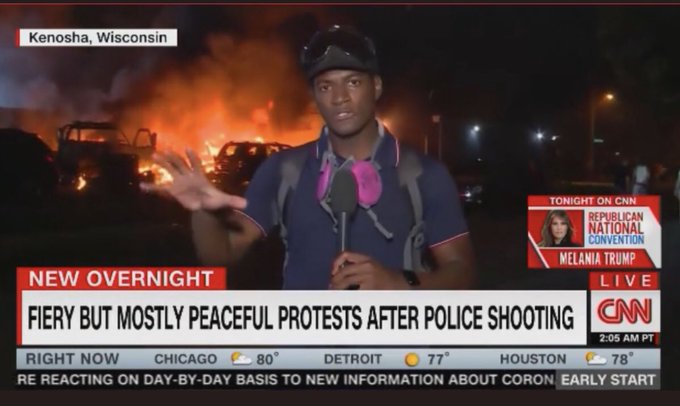 And then there was light.

In the beginning there was a big bang. And from that big bang a nation was born. And that nation was China, a maker of crap and a developer of human excrement, suffering and sewer oil. A true interloper and champion of totalitarianism and consumer product mediocrity.

And the globalists were happy.

And out of that big bang, on the first day, a city state was born. And they called it Wuhan. And that city was virulent.

But the globalists plugged their noses, held their breaths, farted  and smiled as they were all very, very happy. Woo…Hoo!

And on the second day a new organization was born. And they, the globalists, called it the United Nations. An august body that was formed in July. Therein followed by elitism in the World Health Organization (WHO?). The World Health Organization stupid, and the World Economic Forum (WEF).  Lead by doctors who are not really doctors. But true followers of the cause for world domination. But they all love Wuhan and China. They virulently love Wuhan. “This is our ticket,” they all yelled in babel confucius…er…confusion.

And then little nation states were born. One was called Kanada. Why was it called Kanada? No one really knows, least of all the globalists.

Don’t look at me

But Kanada was a good little player and supported the globalist cause. Kanada admired China’s dictatorship because they could turn their economy around on a dime…

…something Kanada truly envied but was hogtied in implementing their post nasal drip…er post nation state dream. So Kanada went rogue and prorogued.

And the globalists smiled…and were very, very, very happy with Kanada.

And on the third day something flew out of the Wuhan nest. And it was not good but the Globalists were very happy. The non doctors of the UN and of the WHO’s on first, with the WWF…er WEF…  on second were virulently ecstatic for they had found their cause…and their power broker. “Oh, I don’t know…”it was a force multiplier. Whew! And the cause was viewed as good…for them…for mankind…for them…for people kind…for them. It was called “Winter Knockdown” followed by “Summer Slam.” This was viewed as being very good but not for the feint of heart.

The globalists smiled for they were very content with their progress to date.

And on the fourth day a plague was born. A virus…so contagious it forced all of the Chinese to wet their pants and sell them off at their wet markets, which were located across the city. The virus was more virulent and progressive than their sewer oil, a hot commodity of the Chinese market.

And the globalists and Kanada cheered for they had found their catalytic converter…er cataclysmic conversion…to transform mankind into their own likeness. Their god Gaia had been born. And they were happy and pleased with themselves. They wanted to spread the good cheer and this they achieved in dramatic fashion during the new year from China. “Go out and multiply” was their religious cadence to the beat of their chopsticks. And this they did…all over the world. Italy, Spain, Kanada, France, UK….It became…Chinese food for naught.

And the globalists were very happy indeed.

And on the fifth day something extraordinary happened. The virus, or plague, spread all over the world…to the delight of the WHO. Who? The World Health Organization stupid, and the WEF, and Kanada, and Zoros, Faucet, Yates and a few other global potentates.

“Lockdown, lockdown” became their rallying cry. “But not for me” they cried. “For thee.” For thee are like sheep, especially Kanadians from Kanada. And they were pleased and righteous…er, no leftists, as they gave out millions of masks developed by their chosen people…the Chinese…that had exceeded their best before date. They were crap. They were useless. But no matter. “Wear that mask.” So says the WHO. Who? The World Health Organization stupid. For they are ineffective. And Yates was extremely happy to reduce the world’s population by 6 billion people. If the masks don’t do it, then the vaccine will. And if that doesn’t work well?….the Chinese sewer oil definitely will.  Zoros chimed in to the tune of AN..TEE…FAH; AN…TEE…FAH; AN…TEE…FAH, and Baseball League Major; Baseball League Major. “Er George, not MLB spelled backwards but BLM for Black Lives Matter.” And Kanada’s Trudeau smiled and showed off his socks, which were sooo vibrant in virulent colours.

No matter. The globalists all took a knee because they were extremely happy with their creation. They worshiped Gaia.

And on the 6th day, things finally fell into place for the globalists. “It was never about the plague.” Dr Knumbnuts of the United Nations revealed. “So true,” Dr I.M Coughin of the WHO agreed. Who? The World Health Organization stupid.

“We took our lead from Kanada.” they said. “Kanadians will do anything they are told to do. Wear useless masks? No problem. Wear it on.”

And the globalist were very happy. For on this 6th day they tied this plague to Mother Earth, Gaia, their god, that Gaia was not happy and that the Plague of the Wuhan Virus was really caused by Climate Change / Global Warming and not some mixture of sewer oil and Chinese food. Gaia was not amused. Kanadians went ballistic with joy and were sooo smug in their happiness.

“Time for a major reboot of the World Economy, Religion, Education and Governance.” Dr Banderas from Mexican’t proclaimed as the lead procrastinator of the United Nations Security Council. Dr Freeourland, Kanada’s lead representative of the WHO responded in kind. Who? The World Health Organization stupid. “This plague has given us a golden opportunity to reboot the entire world economy placing Gaia as our head.” She said. “Green, green… green it will be.” as she blew a huge greenie into the face of Dr Banderas, sitting on her far left because she forgot to sneeze into her inside elbow, which was the accepted sneeze protocol although her elbow was laid bare by her sleeveless dress.

And the Globalist were very happy indeed for they had their hands firmly crunched on the gonads of the world. They had their god Gaia. They had their holy trinity of fear, terror, panic. They had Kanada. “You’re all going to die.” became their mantra, their creed, their gospel. And their rosary of anxiety, depression and violence was forced upon all the disbelievers to submit to their credo. “Just look to Kanada.” they re-snorted…er…retorted.

And on the 7th day they, the globalists, rested for they had achieved their goal for world domination. The procrastinators of the United Nations, the non doctors of the WHO…who?…the World Health Organization stupid, and the World Economic Forum were extremely happy.

And then there was darkness

The Tories blew it again. Electing Leslyn Lewis as the first black woman leader of the Conservative Party would have been a stroke of genius. But nope, they elect a Harper crony, an ex military Officer and a corporate lawyer. The Liberals are going to have a field day with this guy. Wait a minute, Erin O’Toole? I thought Erin was a girl’s name. If so then perhaps the voting delegates  were a tad confused.

We gotta get out of this place.

From the files of:

ARE YOU KIDDING ME??

In a lengthy speech Thursday, Arreaza, Venezuela’s foreign minister, said the Canadian government was attempting to undermine Venezuela to take the nation’s wealth.

“Canada has been in the centre of these events and this means that they want to create the conditions in order to attack Venezuela, to invade Venezuela, because they want to take control of our country and its wealth.”

Venezuela? You should be very afraid, very, very afraid of the planned Canadian invasion:

Canadian training video for the invasion of Venezuela:

Venezuela? You have nothing to worry about.