Quote of the week. To all the Karen’s and Kyle’s out there.

My quote of the week:

“If things are good in moderation then they must be great in excess.”

Known truths from a truth-sayer:

Give it up Trump. You lost. Unlike the condemn-ocrats, move on and take the higher road. Go gracefully as you can’t beat the system;

The US electoral system sucks anyway and is broken, wrought with corruption;

Biden et al are thoroughly corrupt. Yeah, but he is a good Catholic, carries a Rosary around – but he supports abortion.

Geriatrics rule the US Government;

The Great Reset is a Great Reject;

Canada has an elected dictator as Prime Minister;

Lockdowns do not work to stop the virus;

Social distancing does not work to stop the virus;

Masks do nothing to stop the virus;

Nothing will stop the spread of the virus. Get used to it;

There is a Santa Clause Virginia.

Life? It’s just one thing after another.

What lives are being lost to COVID?

The older, those with underlying diseases, those with weak immune systems. Of the more than 9,500 people in Canada who succumbed to COVID in the first wave, between March and July, 90 per cent had at least one other cause, condition or complication reported on the death certificate, according to Statistics Canada.

I am sure the information here is similar in the US.

And globally, Canada has the third highest case fatality rate (3.4)  to date among medium-large, high-income peer countries, Moriarty says, “higher even than Spain, France, the USA and Germany.” Yet our Canadian smugness in criticizing Americans continues unabated. We are all in this together. No one country is better or worse than the other. We should be supporting our American brothers and sisters.

The information from stats Canada tell me that Covid should be targeted.

It would be interesting to know how much the cases of suicide, depression and domestic violence are on the rise, as well as the economic toll of doing such a “broad brush” approach to stemming the tide of the virus.

Is a total lockdown of our country necessary? Not sure but I am almost 70 and I would be more than happy to isolate myself if it meant that the younger generation can go about their daily lives without the draconian restrictions now in place.

All studies in the US and Canada all point to a dramatic increase in suicides, depression and domestic violence as a result of the Covid 19 measures. Unfortunately a direct causal link with supporting numbers is not yet available.

Michigan Gov Gretchen Whitmer Pops Out Of Turkey To Inform Family They Have Exceeded Maximum Number Of Guests.

“Put down your forks as you’re all under arrest. ” she barked. Similar scenes coming out  of mashed potatoes and cranberry sauce were also experienced during the American Thanksgiving celebration.

This just in. Breaking news:

Christmas should be postponed for six months to prevent coronavirus causing “massive damage” in early 2021, a public health director has warned.

Sure. Why not? And then it’ll have to be postponed again in July for a century or so after we do another 15 days to stop the spread.

Somehow no one has come up with a brilliant plan to postpone Ramadan though because even public health experts don’t do well with being beheaded. It’s why Cuomo and the New York Post keep targeting Orthodox Jewish weddings, but is carefully avoiding Muslim public gatherings.

But we’ll all be able to celebrate Faucimass as the new Fauci-monster.

All the usual suspects: Biden appoints John Kerry as the US’ Climate Czar. A sure fire way to fail….yesss. Next? Hillary as Sex of State. Benghazi anyone?

Outbound general equates to Democratic run states whereas inbound generally equates to Republican run states. Unfortunately for the vibrant states their new citizens bring their failing ideology with them. Arizona is a case in point. Most always a red state it went blue this election.

“Americans are moving to states that are relatively more economically vibrant, dynamic, and business-friendly, with lower tax and regulatory burdens, lower energy and housing costs, with more economic and job opportunities, from states that are relatively more economically stagnant with higher taxes and more regulations, higher energy and housing costs, and with fewer economic and job opportunities?”

Yeah, but they are bringing their failed ideology with them.

“The New Woke Times” – no I do not have a speech impediment Virginia.

When the mob rules. And we do know how that ends don’t we? 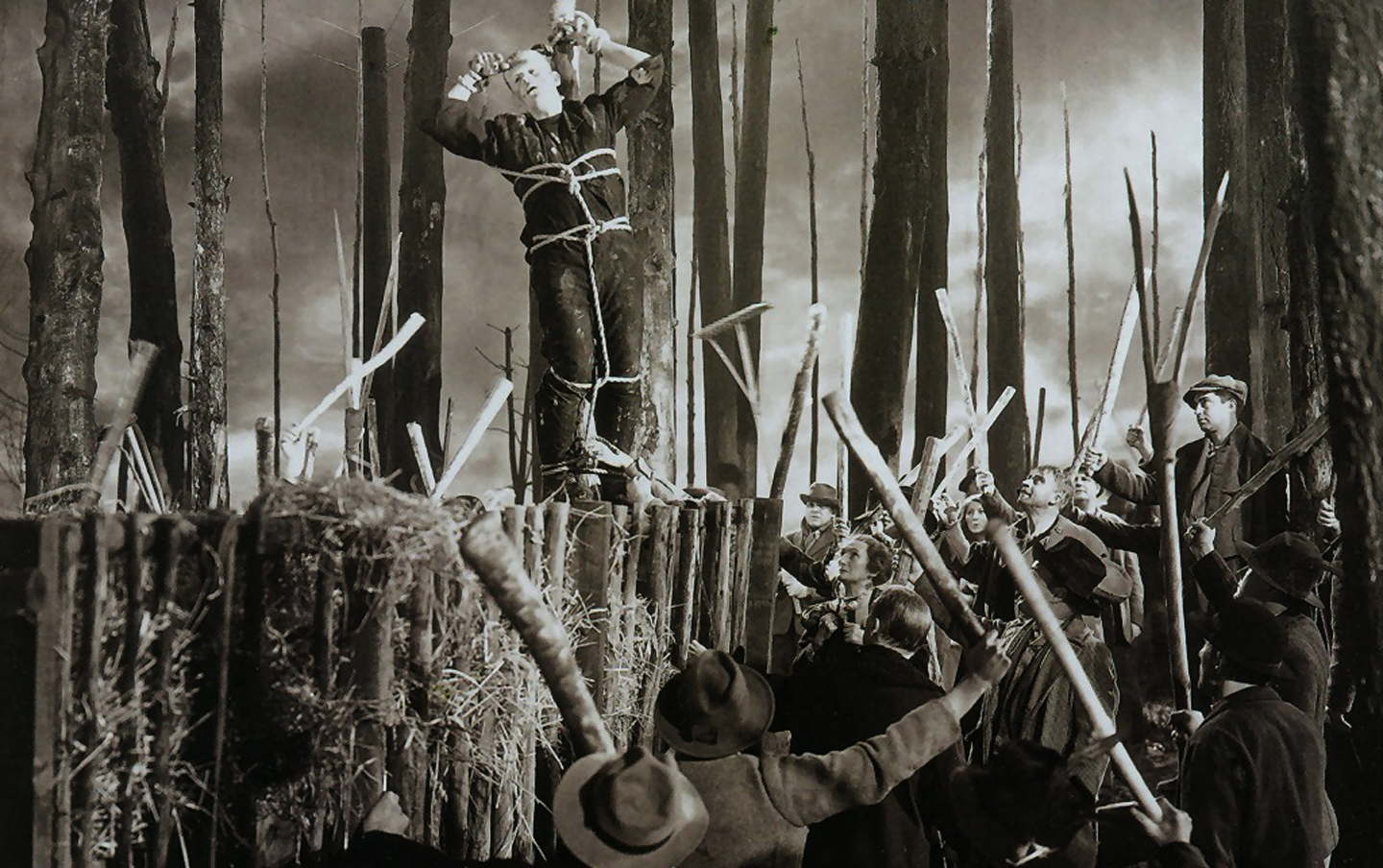 Perhaps we are witnessing a new American Revolution, which always comes with terror phase: 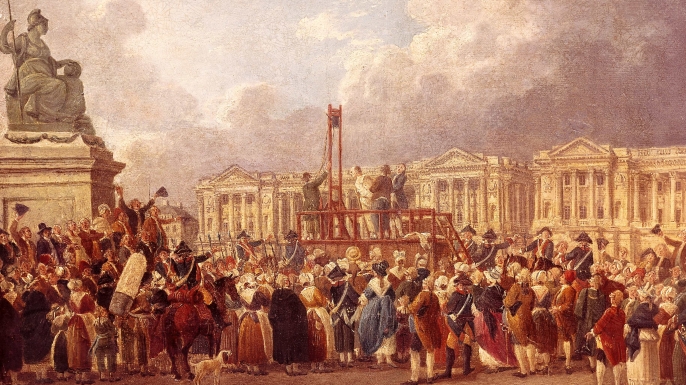 They’ve lost their heads. And ya know that the elites always go first.

Happy Thanksgiving Day to all of my US friends.

As if the Covid 19 so called crisis isn’t enough.

Climate over the next 20 years could result in a global catastrophe costing millions of lives in wars and natural disasters..

A secret report, suppressed by US defence chiefs and obtained by The Observer, warns that major European cities will be sunk beneath rising seas as Britain is plunged into a ‘Siberian’ climate by 2020. Nuclear conflict, mega-droughts, famine and widespread rioting will erupt across the world.

The document predicts that abrupt climate change could bring the planet to the edge of anarchy as countries develop a nuclear threat to defend and secure dwindling food, water and energy supplies. The threat to global stability vastly eclipses that of terrorism, say the few experts privy to its contents. Author’s note: “I didn’t realize that the BLM and ANTIFA movement was caused by climate change.”

‘Disruption and conflict will be endemic features of life,’ concludes the Pentagon analysis. ‘Once again, warfare would define human life.’

Don’t ya just love experts? And models? And predictions?

Well, that one didn’t work Virginia. Lets move that date out a hundred years. Then they will have to believe us that the world will end due to climate change…wait for it.

Like the Maldives. UN said in January 1988 that in 30 years the Maldives would be underwater. Here it is 32 years on and as far as I know the Maldives are still with us. No problem, they will be gone 100 years from now and nobody will be able to dispute that. Naw naw naw naw naw…wait for it.

“But false prophets also arose among the people, just as there will be false teachers among you, who will secretly bring in destructive heresies, even denying the Master who bought them, bringing upon themselves swift destruction. And many will follow their sensuality, and because of them the way of truth will be blasphemed. And in their greed they will exploit you with false words. ”

Oxymoron of the week: “Canadian Correctional Services.” The Grand Valley federal prison for women received its first male inmate last week, a 54-year-old man who is still a fully functional male who hasn’t yet undergone re-assignment surgery. Only in Canada. Get this: “She hadn’t violated any parole conditions, but began to “present as emotionally volatile,” a “behavioural deterioration which seems to have coincided with the start of hormone therapy,” CSC documents suggest, as only a government paid shrink could assess. Wonderful zey all agreed.

Quote of the week:

Bay Area tech icon Keith Rabois announced he’s leaving San Francisco permanently — and he is criticizing the city on his way out.

Rabois, an early executive at PayPal, Square, LinkedIn and more, told Fortune he is “moving imminently” because he’s finding it “impossible to stay” in San Francisco. After living in the Bay Area for 20 years, he said he plans on moving to Florida.

“I think San Francisco is just so massively improperly run and managed that it’s impossible to stay here,” Rabois told Fortune. He told the publication other friends in his peer group have done the same, and a look at his Twitter account shows multiple tweets about the so-called San Francisco exodus.

I wonder who he will vote for?

Seattle’s new policing guidelines, as only a democratic city state could come up with:

“You see, predatory sociopaths with histories of violence and robbery will be “liberated” by “healing circles” and “narrative storytelling.” Because, we’re assured, these things, when combined with burning sage, will “increase empathy.”

An inconvenient stat that the Dems do not want you to know, especially Gov Cuomo from New York. “But, but, but Trump is to blame.”

New York, New Jersey, Massachusetts, and Connecticut lead the way with deaths per million, mostly owing to the fatalities in long-term care facilities. These were the states that locked down the hardest and longest. Indeed they are locking down again! Deaths per million in states like South Dakota are still low on the list.

Cases in blue, deaths in red.

Lockdowns do not work!

Oregon Gov. Kate Brown is calling upon Oregonians to inform on friends and neighbors who violate the state’s strict lockdown orders.

“I never said I would get rid of the GST (VAT) if elected.” Jean Chretien 1993 national election.

At a Costco near you. 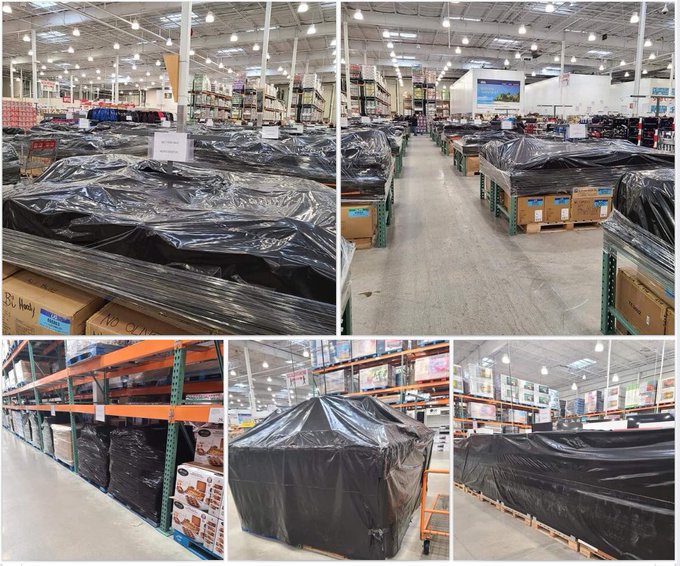 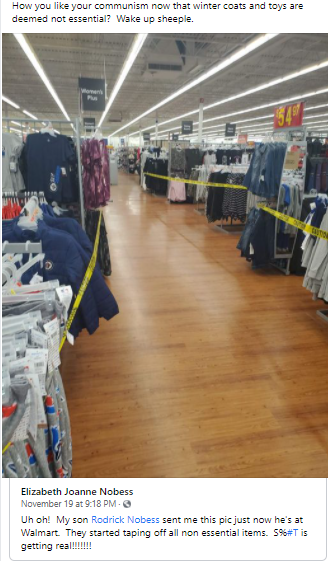 Snitch line set up in Manitoba to allow people to rat on their non compliance neighbors.

Let me off the planet.