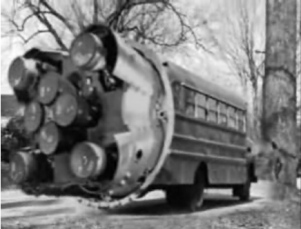 Update. Canadian engineers are up for a Darwin Award.

Ah, divershity is our strength.

Listen to his message of peace and love and tolerance.

It may be Trudeau’s but this is not my Canada.

The oldest human fossils outside Africa, a partial upper jaw bone and several teeth, were found in Misliya Cave in Israel and may be almost 200,000 years old

And here I thought they were human fossilized frozen turds found in the far north.

Just what we need in this Covid 19 universe. The Canadian government is selling $10,000 worth of nutcrackers. See pic above.

Well, there ya go then.

Toronto Mayor goes the way of the dodo bird. Restaurants may re-open but only if patrons wear their useless one layer masks in between bites. Toronto follows California lead here.

Liberals propose new green tax to meet carbon target. “It’s very important to have a plan,” said Wilkinson, Canada’s Environment Minister when talking about meeting or exceeding Canada’s emission targets: “We have to have a plan, and we do have one.” It’s called…ta da:

Ah the Liberals mantra: “We giveth with our right hand but screw you with our left.”

Quite profound if you ask me.

Demented Joe, the USA’s next President, finally admits that these are riots and not peaceful protests.

In spite of the Democratic victory for the white house, the socialist beat goes on in Portland, and in Maryland / Baltimore:

Despite the massive challenges facing Baltimore and its terrible track record on everything from violent crime to official corruption, the voters dutifully sent the same cast of liberal, Democratic characters back to power yet again. Oh, a few of the names were different, but what they’re bringing to these offices hasn’t changed a bit. And that includes two high-profile politicos who were recently found to have “neglected” to pay tens of thousands of dollars in taxes and have had IRS liens placed on their property. (Baltimore Sun).

It is the same here in Canada. We have probably the most corrupt government in our relatively short history, yet will keep getting elected as the beat goes on.

The more things change the more many things remain the same. Don’t ya think?

And yes I was wrong as I called for a Trump win…………bigly………..Oh well. I welcome a Harris presidency.

Read ya on Monday.