To all beef, cattle farmers out there: STANBY FOR HEAVY ROLLING:

Emissions of beef cattle methane by flatulating has been a humorous but misleading accusation. About one half of the emissions of GHG by beef cattle is from methane whose half-life is about 10 years. Whereas, Carbon Dioxide life in the atmosphere is pretty much forever. Focusing on methane production as a major culprit is not a useful solution to the GHG problem.
Waving the banner of reducing beef cattle and meat consumption is not the silver bullet many would lead you to believe. The focus should be on transportation and energy production, not taking away my “Big Mac” with slick promotions from Hollywood, social media and environmental organizations.

Say whaaaaat.
On another note California Gov Newsom has signed  on to the farting Climate Change initiative with his signing of an executive order banning breathing for 2-3 minutes at a time. To reduce the CO2 emissions from humans, Californians will be forced to hold their breaths between each intake of oxygenated air. Unfortunately for the Climate Change conglomeration the Californian’s exhaled CO2 is taking the path of least resistance and coming out of their asses in the form of a fiery flatulence. A scientific model has been developed by MIT to illustrate the problem now facing the state: 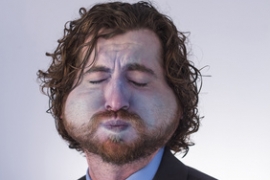 “We’ll have to find a way to harness that energy.” Newsom added  “It could be used to heat our homes:”

Pee-you.
The EPA’s response: “Wear a mask and social distance yourself.”
Yeah, that should work:
Baltimore will no longer prosecute drug possession, prostitution, low-level crimes, so says an NBC story.
Starving artist? San Fran is calling:
More than a hundred San Fran based California artists will be guaranteed $1,000 a month in no-strings-attached cash, the latest in a series of universal basic income pilot programs being rolled out across the state, according to a report. For stuff like this:

New style of wallpaper being introduced in California…and Canada. It is called “Banknote.”
https://youtu.be/N-aK6JnyFmk
SJ…Out