NIMBY in the US. Soon to be coming to a Liberal / NDP riding near you:

English actor Benedict Cumberbatch became the latest to add his contribution to luvviedom’s (Hollywood) warm stew of wokery, when he condemned ‘toxic masculinity’ and the ‘patriarchy’ and demanded ‘equality across the board’ between men and women. Equality? Erm you mean equity don’t you because in a woke world equity is a whole lot different than equality, subjectively speaking of course. Toxic masculinity? Or are we really talking about intoxicated femininity:

The guy on the right is the left’s view of a real, sensitive man:

Lets get back to normal people. Canada cannot get to Covid zero…ever. No matter what our health authourites say or want. Remember normalcy if only we can get to 70% vaccinated? Well, here in BC we are at 88% and still under draconian restrictions.

And then there is this. From the UK but coming soon to BC and Canada:

Once upon  time in Washington.

There ya have it folks, typical leftist hypocrisy.

Hey, the new variant? Oromonic…erm Omicron? It’s all Greek to me.

UK civil service sources said the new variant, which is feared to be more transmissible and has the potential to evade immunity, posed “a potentially significant threat to the vaccine programme which we have to protect at all costs”.

And here I thought it was the people we had to protect at all costs. Silly me.

Gee, I wish it would rain for heaven’s sake. This is definitely a sign of things to come…DROUGHT.

Gee, I wish it would stop raining. This is definitely a sign of things to come…FLOOD.

I wonder what will be said when we get snow?

Oh, this is neat:

That’s like swabbing a convicted murderer’s arm with alcohol prior to giving him a lethal injection.

You have got to be kidding me:

The Salvation Army is the latest organization to embrace the cult of wokeness. The evangelical relief charity, which is known for its support for victims of natural disasters and helps those affected to rebuild their lives, is now asking its white donors to offer a “sincere apology” for their racism.

In the holiday lesson, which is deeply rooted in critical race theory, leaders of the Salvation Army want white people to apologize for being racist.

Okay, take me off yer donation list. As a white person I am a racist bastard. My money speaks for itself…no more.

How Ironic. A racist song sung by the Drifters

I now identify as black.

I now identify as a “Prius” 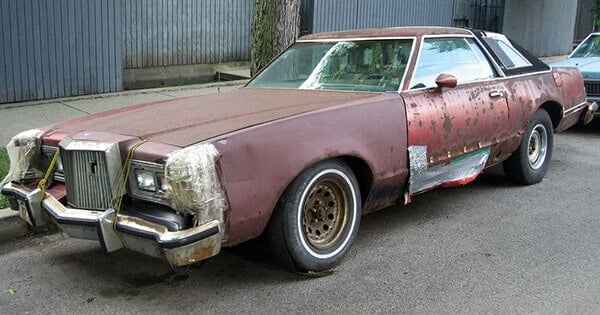 Equity equates to racism, i.e., Critical Race Theory whereas Black and People of Colour have more rights than people who are white.

Equality equates to true diversity whereas every one of us are of equal value.

Ontario school boards are adopting the “Equity” paradigm in their schools.

Take your children out of these schools. Now, before they are totally indoctrinated.

Don’t believe me? Watch this:

Happy Thanksgiving to my American friends:

Not really. In Canada this would not be on…banned. Cause we are sheeple here. Happy Thanksgiving and talk about anything you want…for freedom.

I only have two words to say about this:

The #1 priority facing Canadians is the economy. Climate is nowhere to be seen, or heard, or talked about. Except for our Prime Minister it is to ban Conversion Therapy and stick it to Canadians at the gas pump. “We will tax, tax, tax fossil fuels until all Canadians get the message. No more ICE, no more ICE.”

“But, but, what about hockey?” his minister for sports said.

“I have no concern for monetary policy.” says Trudough, by far the worst Prime Minister this country has ever had. “And by the way, if 5 year old Johnnie wants to convert to become Joanne, parents have no right to interfere.”

“Oh but how we need a famine, or a war or a meteor strike on Parliament Hill.” SJ remarked.

“The media’s going on strike??” Trudough’s Press Secretary asked of me.

Oh and at COP26. Leadership at work in saving our planet. Listening to the latest speech by Saint Greta.

Only in Canada you say…..Pity….Shitty….and Prity.

President Biden went for a colonoscopy Friday and his doctor pronounced his brain is fine.

I always knew that President Joe Biden had shit for brains. His doctor confirmed it.

President Biden appeared to have a “Ron Burgundy” moment Tuesday while reading a speech about gas prices off a Teleprompter.

Biden was compared to the fictional newscaster from the movie “Anchorman” when he recited the words “end of quote” after referencing a statement from the CEO of Walmart.

One person was heard to say: “I don’t mind President Ron Burgundy at all.”

We’re no longer Canada but Can’t ada. We can’t do anything under these Covid rules. People are losing their rights under a Charter of Rights and Freedoms that under Trudough means nothing.

And this was done 42 years ago. I would never have thought something like this came out as parody is now policy of the political correct imbeciles that we have leading us now:

Weird but true…unfortunately…this is what we have become.

Is this my country?

It was the most bizarre or worse throne speech I have ever heard. Justin’s Metis Governor General started by stating the speech was given on stolen land. And she made a point of saying it wasn’t symbolism, that it really is stolen land. She continued about unmarked graves and other Indian issues. Most of the speech seemed to be in French or dead Indian languages.  Trudough’s priorities are making companies across Canada provide French language services – yet Quebec is exempt from providing English services, more global warming scams and taxes, more free stuff for indigenous peoples, free babysitting, and hand gun bans, which have been in forces since 1932,  and of course a ban on conversion therapy yet a parent has no rights to a conversion of his son or daughter to the opposite sex.