This is why our woke Prime Minister is nuts. This is part of his mandate letter to his new Minister of Foreign Affairs, Melanie Jolli: 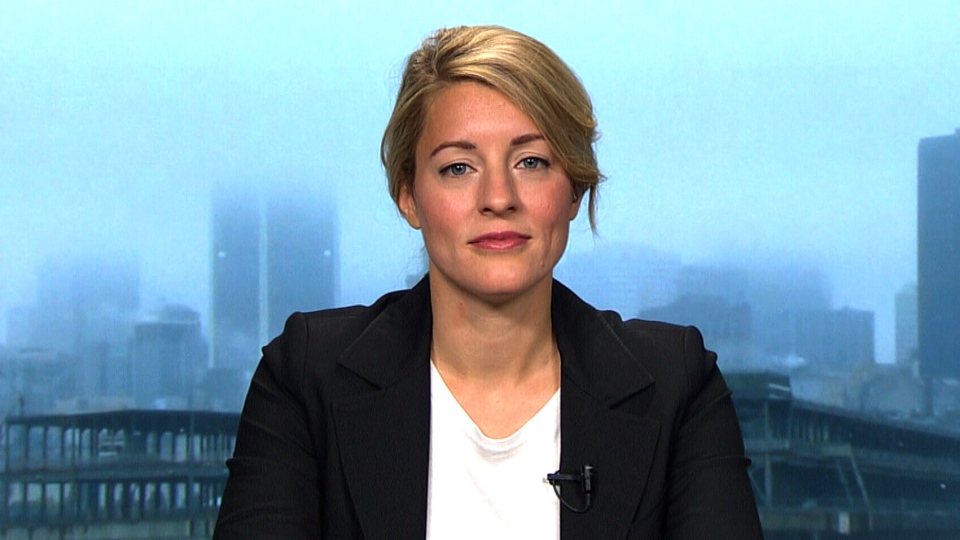 Yes, she is very attractive, but she went from the no nothing Heritage portfolio to Foreign Affairs. I guess that qualifies her.

“With the support of the Minister for Women and Gender Equality and Youth and working with the Minister of International Development, expand Canada’s efforts to advance gender equality and LGBTQ2 rights abroad. This will include support for the work of global feminist initiatives, relevant international institutions and civil society partners, including the G7 Gender Equality Advisory Council.

“Continue to develop and implement Canada’s feminist foreign policy with the support of partner organizations, and continue to be a global leader in championing the rights of women and girls in all their diversity, LGBTQ2 people and other marginalized communities. In doing so, with support from the Ambassador for Women, Peace and Security, continue to advance Canada’s National Action Plan on Women, Peace and Security, including by launching Canada’s 3rd National Action Plan, and build on Canada’s leadership to further this agenda on the global stage, including our support for the Elsie Initiative for Women in Peace Operations and for the full and meaningful participation of women peacebuilders in peace and security matters.

I didn’t know that Foreign Policy was gender specific.

“In collaboration with the Minister of Environment and Climate Change, continue Canadian leadership on international efforts to combat climate change.”

On her opinion re the two Michaels, Canadians held hostage by China for over two years:

(NP) Jolli did acknowledge that Spavor and Kovrig were “illegally and unjustifiably detained,” but, but, but, so as not to offend China” she also appeared deferent to the Chinese Communist Party line. “Of course the two Michaels are on bail according to the criminal law in China, and so we want to make sure we work that out with the Chinese government,” she said, as if China’s hostage diplomacy is a normal and routine legal proceeding.

On Bail? Are you kidding me? That is the level of incompetence that foreign affairs demonstrates. Of course she is a French Canadian avowed Liberal nominated by our Prime Minister.

I want my country back. Unfortunately Canada is now hostage to the “woke” movement.  Lester Pearson must be turning in his grave.

I am really starting to wonder what the real agenda of our government is with respect to Quebec. Do Canadians know that Quebec gets about 63% of all equalization payments and contributes nothing: $13B of the total $20B.

Hardly a word from our PM regarding Quebec’s controversial secular law re the wearing of religious ornaments; their recent announcement that French is the only official language in Quebec; and that Quebec is a nation within a nation. Yes, English is no longer recognized. Yet the rest of us have to comply with French.

Did you know that Quebec, as a non signatory of the Canadian Charter can demand amendments yet Alberta, as a signatory, cannot?

Why do you think the government is pushing hard for the provinces to partner with the Liberal’s child care initiative? They want to start the progressive, liberal, woke indoctrination of children at a very early age. By placing your child in this day care you will be handing over the nurturing and educational mores and memes to the Federal government woke standards. Basically, your responsibilities as parents are abrogated. You will lose parental control in raising your children. Do you accept this?

And then there is this. From Rebel News:

We really do have a “fool on the Parliament hill.

I wish that Canadians would grow a pair and wake up and vote this guy out when the next election is called. But somehow I doubt it.