An excerpt from my latest book: Red Jewel. Soon to be available on Amazon.

“Suddenly a large wave hit them directly on the starboard beam. Water came in over them and filled the cockpit up to its brim. Luckily the cockpit self-draining holes worked. They were soaked. They looked at each other and laughed. But it was no laughing matter. Nigel looked to his right and he didn’t like what he saw. The direction of the sea and wind were changing, veering to the northeast. Nigel didn’t know what to think. Jim was in shock. “HOLY SHIT…” he yelled and held on to the hard point where his harness was connected as hard as he could. He was looking down into a steep canyon of sea and swell and water. Red Jewel slid down into the abyss and for a short time was riding along between two enormous walls of water, like the parting of the Red Sea. And as fast as she slid down to a watery floor caught between two waves into a trough, she was catapulted up again to the crest of another enormous wave and swell. At that point their immediate world opened up before them and it startled them. They were awestruck by the enormity and horror of the canvas before them. Everywhere, in every direction, as far as they could see was water in turmoil: waves forming, crashing, running away to the south, piggybacking and riding the swell like some surfer off of Oahu’s North Shore.  The smooth backsides of these waves fell over and into themselves. The whitecap crests were darkened by a sky without the lightness of the sun such that their color was subdued and a dull grey. It was as if the storm sucked the luminescence and life out of them. They formed and ran for a brief second or two and then collapsed in a foamy chaotic froth. It was awesomely frightful. Collectively, the seas were in turmoil: white water on a grand scale. At the same time the wind whistled through the rigging. The high-pitched sound was steady but would increase temporarily with every gust. A nightmare was unfolding before them.”

Check it out when it come on Amazon. Check out my other books above.

I loved it.  I miss it. I am now too old. Perhaps, in another life, God willing.

Hey, I have just been locked out of my You Tube and Twitter accounts. Why? I just announced to my friends that I bought a classic: 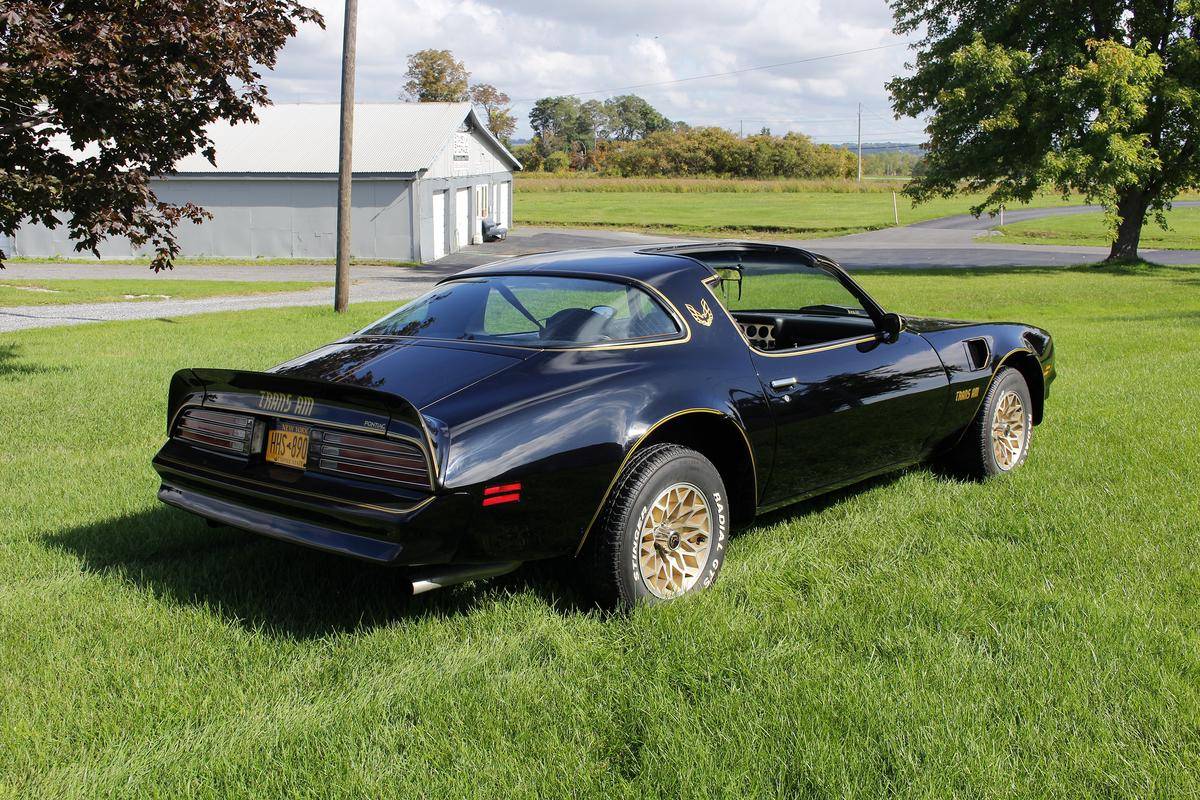 No wonder the trans mountain pipeline is a no show…girl.

These guys are sooo out of touch:

Now where the F%$k is my driver?

Now this is rich.

Ukrainians fear for their lives in multi-cultural Sweden. “We’ve been duped and we want to go home. 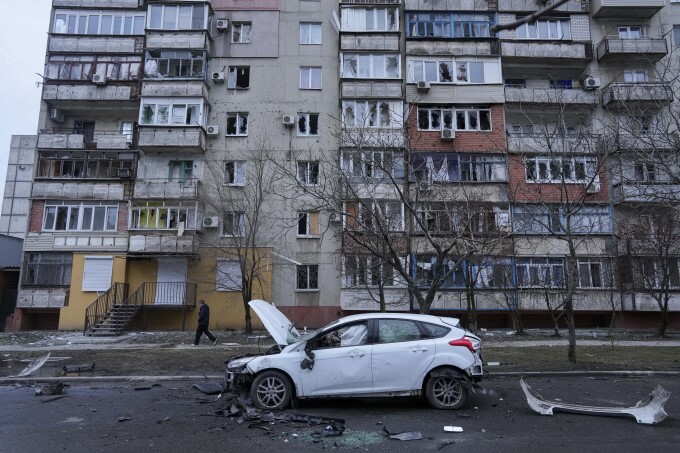 And there shall be earthquakes in diverse places:

“Look up for your redemption is nigh”

An old Guess Who classic. “Shakin All Over”

Wonder about that. The Biden admin is unbelievably smart:

And what are we doing in Canada you may ask…or maybe not:

"We're good at convincing other countries to do more."

Defence Minister Anita Anand says Canada has exhausted its military inventory in terms of the lethal aid it can pull from it to supply Ukraine: "We need to make sure we do retain capacity here for the Canadian Armed Forces should the need arise." pic.twitter.com/9xdwgHM11S

Why? Because we talk the talk but never walk the walk.

Canada: the most corrupt and incompetent nation of the G7.

And now for some quiet listening music.

Could be applied to Canada as well. Italics are mine:

Those of us who were part of the Baby Boom generation, now in our 60s and 70s, no longer recognize the nation in which we grew up. We are strangers in a land that gets stranger by the day.

We believed in the American dream ( and Canadian too). We worked hard, paid our taxes and obeyed the law —even laws we thought were idiotic.

We married and had children. Today’s young adults cohabit and have pets.

We struggled to raise families. Some of us went to war, like our fathers and grandfathers before us. We thought that when we grew old, there would be more for us – more than alienation.

Most of us don’t recognize Biden’s America (or Trudeau’s Canada). Patriotism has become passe. Our military is led by men who are social workers and politically correct hacks.

They can’t fight, but they’re great at getting soldiers to use preferred pronouns and combating imaginary racism in the ranks.

Giant corporations have replaced individual enterprise, which – in many cases – has been taxed and regulated out of existence. Government bureaucrats and corporate executives are like the pigs and men at the end of Orwell’s “Animal Farm.”

We look in vain for a Ronald Reagan, a Lincoln or Teddy Roosevelt. Instead, we find corrupt clowns like wizened Nancy Pelosi, Commissar Ocasio-Cortez (the Cuban pinup girl selling socialist snake oil) and our president – a cranky septuagenarian slipping noisily into senility.

If we’re white, we’re told that we are responsible for every problem that plagues people of color. That’s right, we’re to blame for the roughly 70% of black children born out of wedlock  (we forced their parents to behave irresponsibly), just as cops are to blame for the deaths of thugs who threaten their lives.

Savages who burn down cities are hailed as heroes and celebrated as warriors for social justice. But misguided middle-class citizens, among them veterans, who trespassed in the Capitol 14 months ago are branded traitors and insurgents.

Mayors take down statues of Washington and Columbus (or John A) and commission murals of George Floyd.

If you’re white, you’re also responsible for slavery, segregation, the Wounded Knee massacre and Japanese Americans interned during World War II, (or Residential Schools) Racism is in our blood, they tell us. Remember, throughout the course of human history, racism has never existed anywhere but here. (Canadians are guilty of Genocide – so says our black faced Dear Leader).

By “despoiling the earth,” we’re also responsible for climate change. If we end up paying $7-a-gallon for gas – well, it’s our own damned fault.

Forget racial minorities. Now, we’re told that there are “sexual minorities” — that people who used to be considered odd are in fact oppressed. And that a man who thinks he’s a woman in fact is a woman – and is entitled to use the ladies’ room with our granddaughters. And if we refuse to accept this bizarre fantasy, we are hateful.

What passes for entertainment is sickening – all blood and gore, sadistic killers, aliens who pop out of people’s stomachs and monsters in various guises. We search in vain for contemporary movies with characters we can admire or at least care about. So we retreat to cinema of the 40s and 50s on TCM.

On top of living in a country that’s unrecognizable, we can’t even afford to live here anymore. You need a second mortgage to buy a steak. A hamburger and fries at McDonald’s is a gourmet feast.

Filling up the tank is agonizing. Paying confiscatory taxes marks us as serfs. Inflation is at an almost 40-year high, and politicians tell us it’s because government isn’t spending enough. (Of course the budget will balance itself).

Our parents could retire at 65, in the mortgage-free home they bought in their 30s. We’re still working at 75. Retirement is a distant dream. We’re working to provide benefits for illegal aliens, addicts and loons who camp and defecate on the streets.

Many of us are the grandchildren of immigrants, a fact of which we are proud. Our people helped to build this country. But we witness with unalloyed horror the tide flowing across our southern border unimpeded. The middle class view them as criminals, gang members and mooches. The Democratic party sees them as voters. We can’t defend our own borders, but are expected to defend those of distant lands.

This used to be an English-speaking country. Now it’s ballots in 20 languages, court interpreters and press one for Serbo-Croatian – (unless you are French Canadian of course then you get a free ride).

Our feeble president (who’s been sucking on the federal teat for half-a-century) is unable to perform his Constitutional duties, but has successfully waged war on domestic energy production. We went from energy independence to beggars with a gas can in a matter of months.  The corpse that walks says climate change is the biggest threat our national security – along with transphobia.

Washington sputters about Putin’s war on Ukraine, but imports 670,000 barrels of Russian oil a day (through Venezuela). While he lets pipelines rust and our oil, coal and natural gas remain in the ground, Biden pleads with the Saudis to pump more – and is thinking about imports from the Marxists of Venezuela and the jihadists of Iran, both Russian allies. Apparently, oil from anywhere outside the U.S. doesn’t pollute.

Officeholders for life treat us like mentally-challenged children. They snicker at those who pay their exorbitant salaries.

So we limp along into old age, too proud to go on the dole and too stubborn to just give up.

Besides, surrender now would be a betrayal of the America that once was.

All hail to our Dear Leader…Justin Trudeau. After all we all hold unacceptable views.

All for the common good. 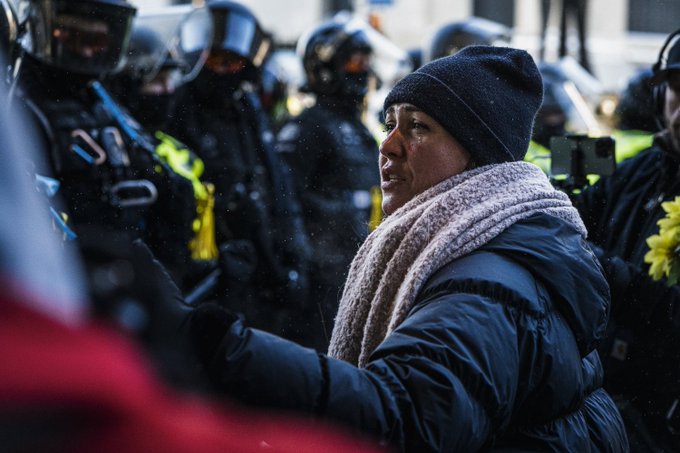 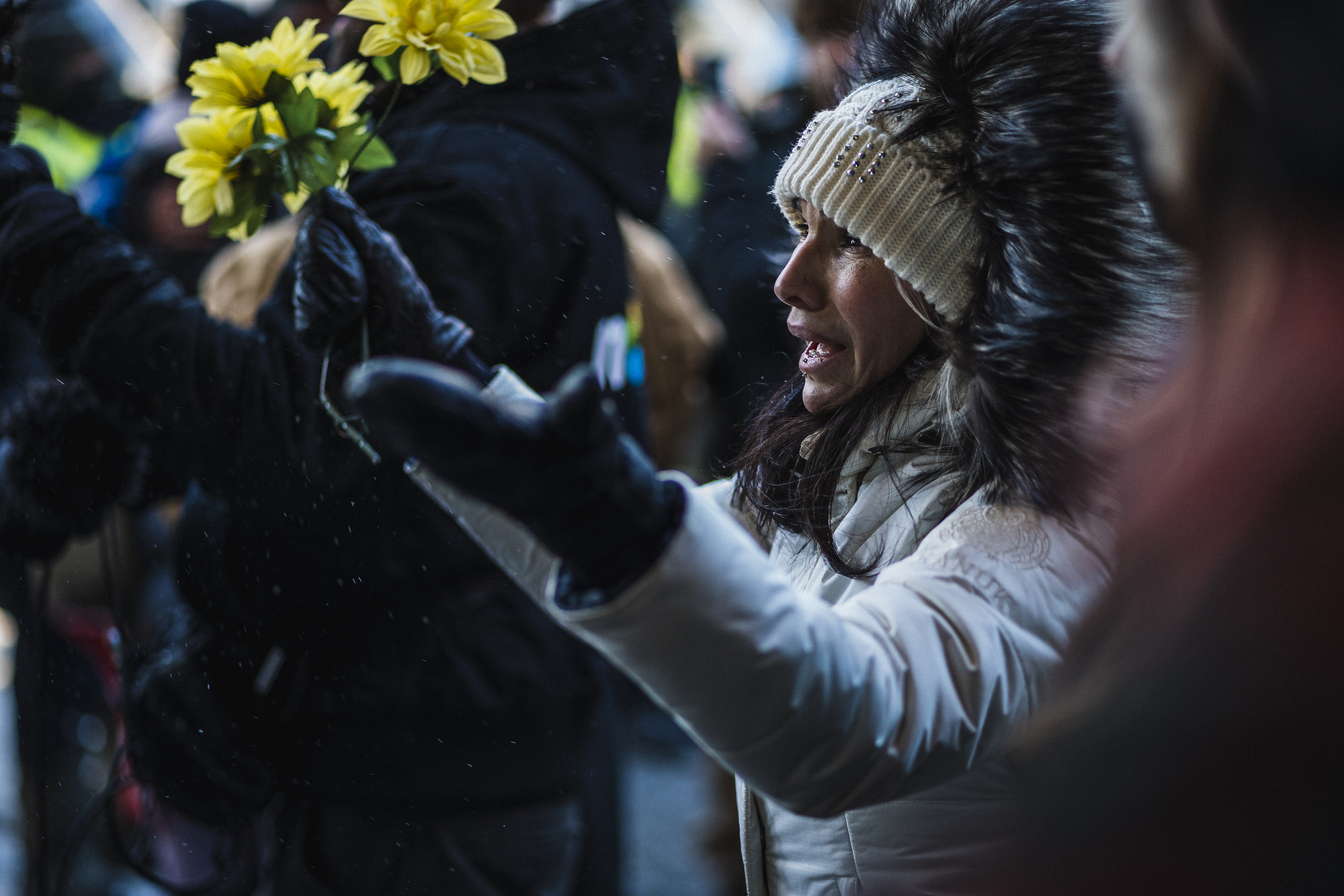 You know, that fringe group with the unacceptable views. 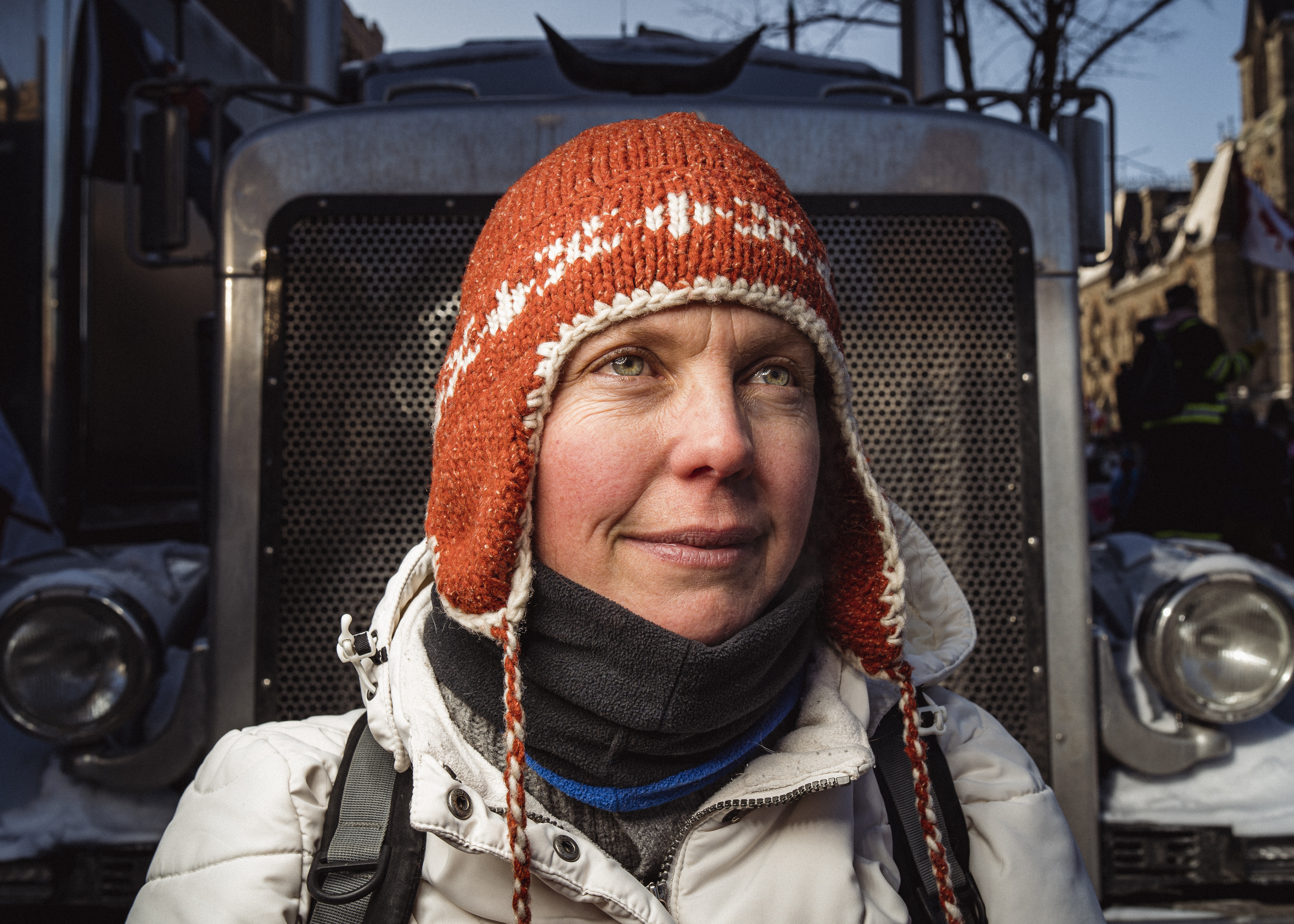 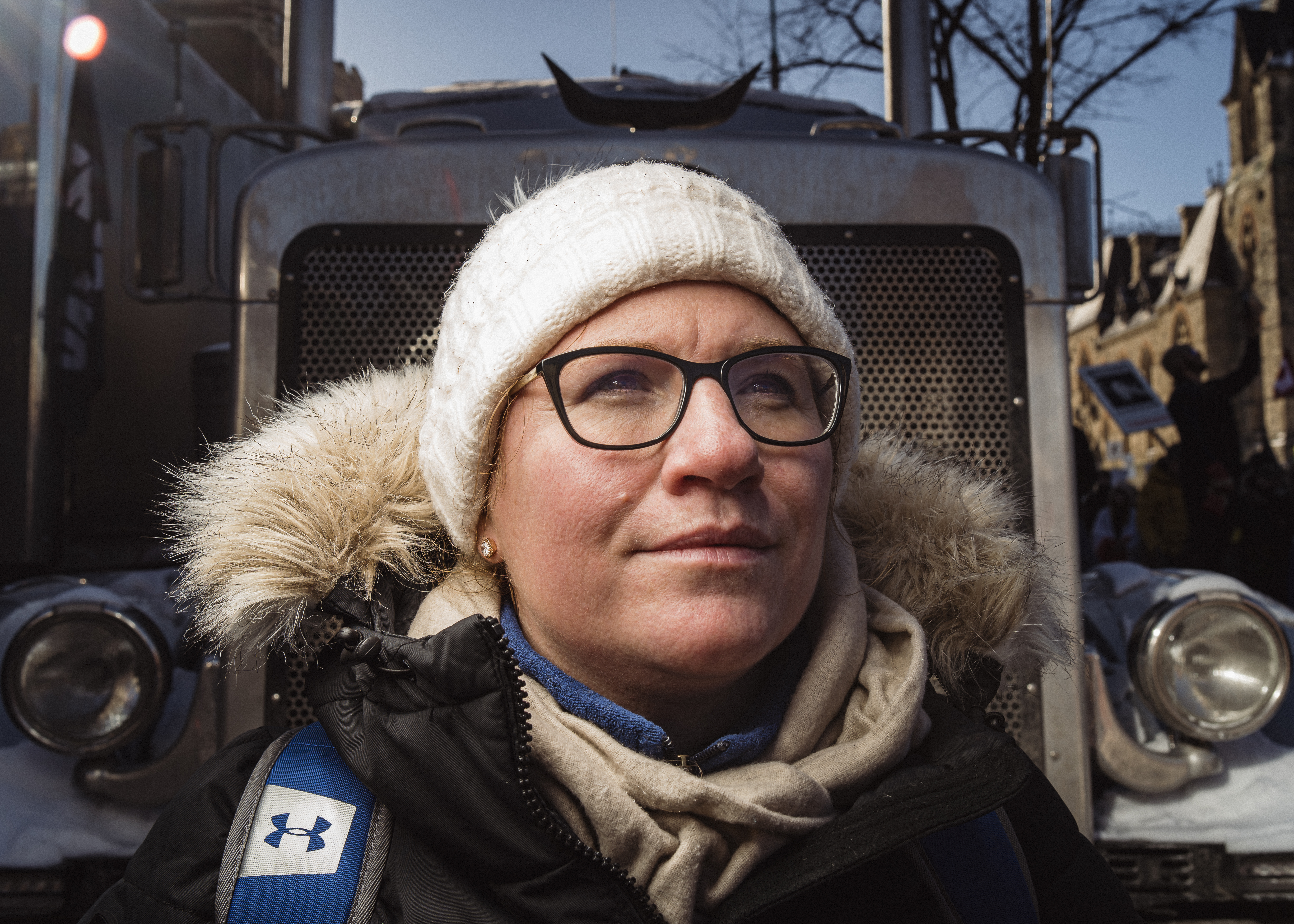 Those white racist bastards have to go, don’t ya know. So says our Prime Minister, Dear Leader Trudeau: 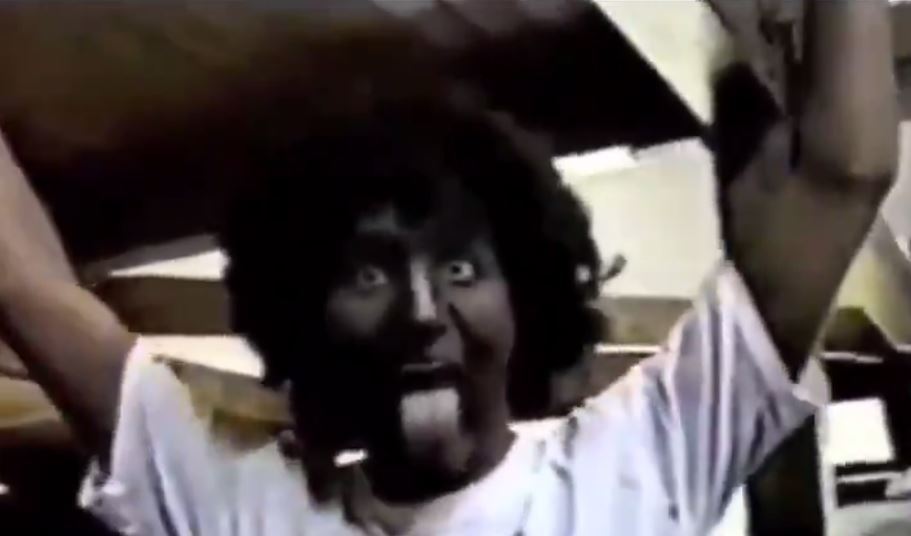