Many Canadian public ministers also believe CO2 is a poison, not a life sustaining compound element of the Periodic Table – nature’s table of life on earth and earth’s reality.

Every single climate change prediction has fallen flat. Every one. Yet highly educated people of the United Nations, The World Economic Forum and other world wide defined organizations continue to believe. “Well, it is a matter of faith don’t ya know.” Yes it is. It is a matter of faith, belief and worship on the environmental altar of the creation (Gaia) and not the creator. This is what happens when God is taken out of the equation.

WHO says? Prove it. But…but…I’ll be dead. Oh lucky you. No  culpability in today’s world.

Polar Bear populations are increasing to such a degree as to make them a nuisance (Inuit).

Susan Crockford, a world expert of polar bears, was fired from the University of Victoria after finding polar bears thriving despite the climate change hysteria.

Ms. Crockford accused officials at the Canadian university of bowing to “outside pressure,” the result of her research showing that polar bear populations are stable and even thriving, not plummeting as a result of shrinking Arctic sea ice, defying claims of the climate change movement.

It couldn’t happen in Canada you say? Shity:

A federal program to pay $5,000 rebates to electric car buyers went more than 150 percent over budget, say auditors. Rebates cost taxpayer more than three quarters of a billion and were “an ongoing concern.”

And I am still waiting for my promised grant for the home energy program. To date? Nada.

It is a sad state of affairs when it comes down to this:

Last year, Health Canada published an assessment report on the effects of climate change as it relates to health.

The report titled Health of Canadians in a Changing Climate claimed that climate change increases the risk of mental health impacts such as post-traumatic stress disorder and anxiety.

My solution? Wake up in the morning, look outside and go from there. Stop watching or listening to the news, go outside for  a walk and let the children play…have fun…no anxiety.

Jordan Peterson revealed and the College of Ontario Psychologists acknowledged that he has been “sentenced” to mandatory retraining in order to retain his license to practice clinical psychology in Canada. Why? It is alleged that he criticized Trudeau’s government policies.

Just in case you didn’t know, Pierre Poilievre is the leader of the opposition Conservative Party in Canada, meaning that Jordan Peterson is literally being punished for criticizing the current Prime Minister and retweeting the statement of his political opponent–and a mainstream one at that.

What have we come to in Canada?

Canada has an elected dictatorship. Always has had one.

I can tell you this: given my Covid experiences and the lies of government officials, their cancel culture and faux science institutions, I have absolutely no trust that my fellow Canadians would do the right thing “if push comes to shove.”

I now understand the German problem.

You will also hear from our government officials of the need for integration, collaboration and cooperation of private businesses and government to address the world’s problems or perceived problems such as Climate Change. It is sometimes referred to as Public Private Partnership. By any other name, if that occurs, what we will have is:

It will not end well.

Forget all of this crap, turn on some tunes, get up and dance.

Will be away for a bit.

ZERO COVID IS A PIPE DREAM

Notre Dame? No, no, no. It has to be renamed Notre Dome:

Woke-ism is going to destroy us unless we push back….HARD.

Coming to a Canada near you.

The leader of China, Xi Ping, endorses new gold putter. Says that “this will change everything.”

“Oh yeah?” says Trudough. “we’re going to release 50M pounds of maple syrup. So there Biden. Put that in yer pie and eat it.”

Whew. Thanks Gawd we have Trudough and not Biden.

The state of Canada today under Trudeau:

In a recent submission to the United Nations Security Council, the Canadian government advocated for a “gendered and intersectional” approach to preventing terrorism and violent extremism.

Canada made the submission on July 28, 2021 during an informal meeting of the Council on “preventing terrorism and violent extremism through tackling gender stereotypes, masculinities, and structural gender inequality.”

“As speakers have noted, gender stereotypes, masculinities, femininities, and gendered inequalities have long been exploited by violent extremist and terrorist groups to their own ends,” claimed the submission.

“It is imperative that we continue working together to raise awareness of this phenomenon and advance comprehensive gender-responsive approaches to more effectively and sustainably counter terrorism and prevent and counter violent extremism.”

Canada’s minister of foreign affairs states that we are not yet sure whether we should acknowledge the Taliban as the legitimate government in Afghanistan. It is too early to tell. Meanwhile, in Afghanistan:

His Liberal colleague Monsef says we have to talk with our Taliban brothers.

During a Monday morning stop in Granby, Quebec, Trudeau once again referred to the former prime minister.

“Today’s economy, tomorrow’s economy needs us to fight climate change. Canada lost 10 years under the Conservative Party who wants to go back to the old Harper years objectives and goals. Some young people who are voting for the first time and who just do not remember the Harper era. Well, since 2015 we have been working hard to catch up but we cannot waste any minutes especially over the next four years,” said Trudeau.

What a waster of space this feminist PM is.

That is sweet Justin given that Liberal PM Chretien promised similar goals in his Kyoto agreement of 1997 – 24 years ago and did nada. That has always been the Liberal approach. Promise the world and deliver nothing. Oh and BTW Justin, O’Toole is your opponent not Harper.

The Budget will balance itself – so says Trudeau;

I have no interest in the country’s financial affairs or its financial health – so says Trudeau.

And, under a Liberal government you will have the right to party:

Am I ever glad that I am retired now.

It is election time in Canada and time for the Liberal Party of Canada to roll out their tried and true and oh so tiring campaign tactic…ta da:

The Conservatives have a secret agenda…yaaayyyy.

Never mind Trudeau’s secret agenda of Carbon Tax, Climate Change, Build Back Better and on and on it goes…all things that never came up in his platform during the last election. He won and then surprise: Climate Change is the number one issue facing Canadians. Tax, tax, tax and more tax then spend, spend, spend to the tune of over $354 billion dollar deficit to bring our national debt to over 1 trillion dollars.

Trudeau is single handedly focused in destroying Alberta and the energy sector there and in Canada. He sucks up to China, loves Cuba and the late Castro and is currently out to lunch wrt Afghanistan. He has made Canada a laughing stock internationally and has undermined our military. He wore Black Face three times that we know of – the latest being when he was 29. He took a knee for BLM and virtue signals up rainbow storm. He has no qualifications for the job other than his name. A total embarrassment. And yet he will probably win another minority, maybe a majority, due to the total ignorance of the eastern Canadian electorate. Their “who else is there” rationalization is entirely irrational in my mind.

He has accused Canadians of genocide, called Canada a country of systemic racism and has divided us along the lines of his “diversity is our strength” mantra. He is the worst Prime Minister this country has ever had. He is a nowhere man.

But I am not happy with the Conservatives and their pro choice and LGBT stance. I must admit that I am pro life and a religious person, being that I believe in God, in marriage between a man and a woman and basic Judeo Christian values. Yet I would never tell a woman what to do or a man or woman who to marry or love. That is their choice and I respect that but my choice is not to support any party that believes in abortion, gay marriage…oh well. That is my choice and last time I checked we do live in a democracy…although even that is a stretch these days. I guess it will be the Natural Party for me. Oh wait a minute they believe in yogic flying and mattress gymnastics and I am scared of heights and trampolines make me sick.

Are the Rhinos still around? 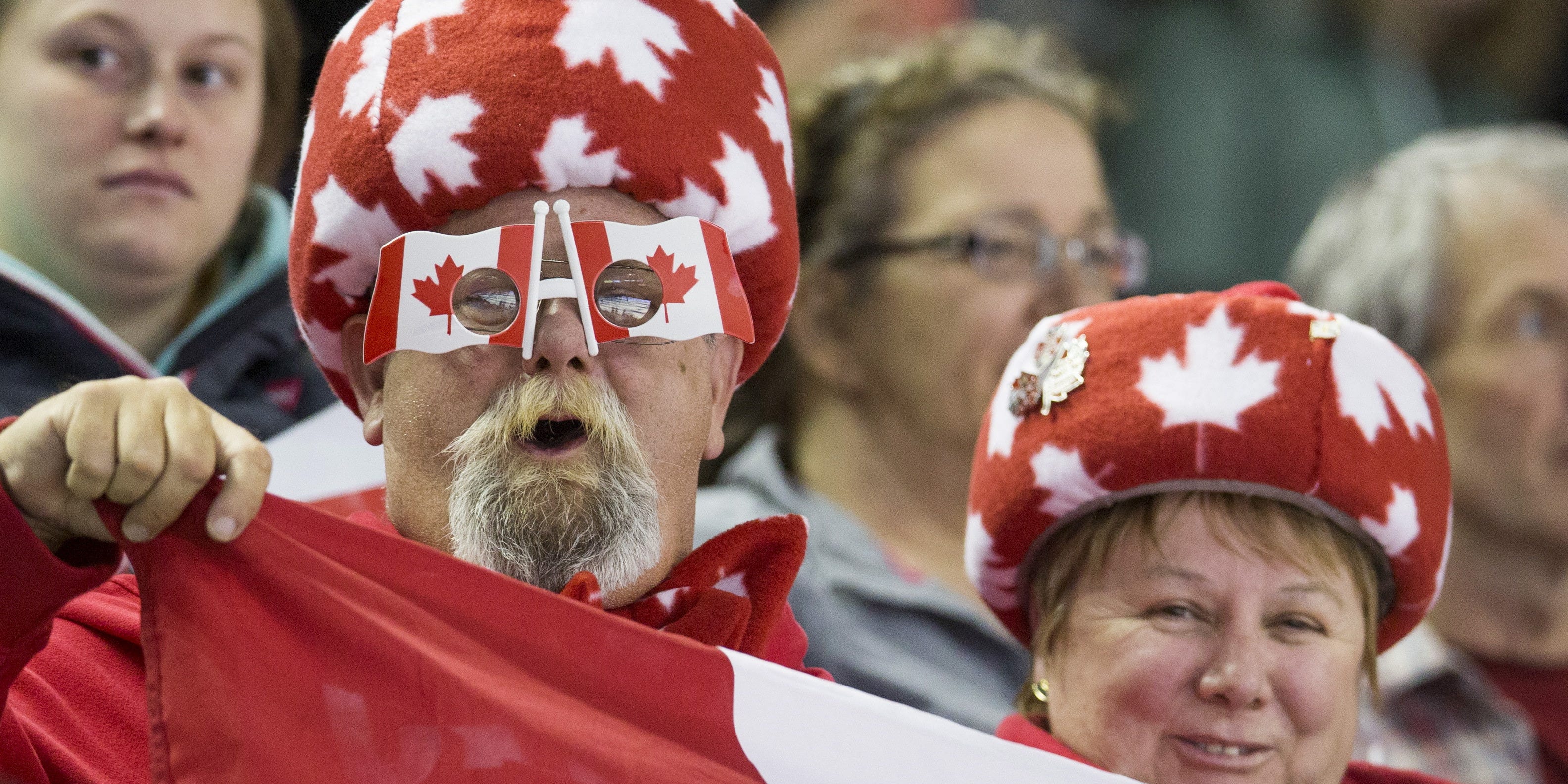 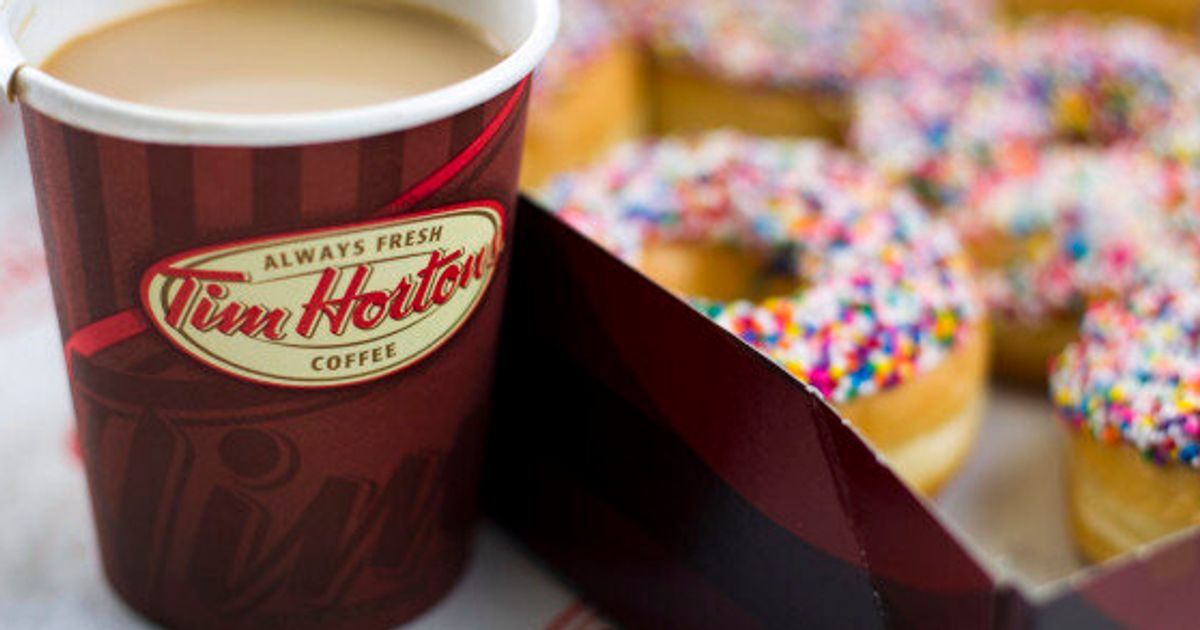 They promise to nationalize Timmy’s. That is their entire platform. Works for me.

Have a nice weekend. I will be signing off until late September. I am getting married…at 70 for cripes sake. But we are both widows / widowers and she is a wonderful woman. It is not great to live alone.