I heard the progressives cry when they saw this. According to them, at the centre for science at Moonbat University, this mass distinction never occurred and that they, T-Rex and company, are only asleep somewhere. They will be returning you know. I got news for you Virginia:

This just in: Next great mass extinction to occur in 100 years, around 2100, because of the amount of carbon being pumped into the atmosphere, according to a mathematical study of the five previous events in the last 540 million years. Oh you mean this study:

Sorry, the artifact that just keeps on giving.

Some professor at a highly regarded institution of higher lemmings theorized that disturbances in the natural cycle of carbon through the atmosphere, oceans, plant and animal life played a role in mass die-offs of animals and plants.

And how does he know this for sure? He studied 31 times when there had been such changes and found four out of the five previous mass extinctions took place when the disruption crossed a “threshold of catastrophic change.” This sounds ominous.

“He’s quite old y’know,” a colleague was heard to say.

And here I thought it was an asteroid. Silly me.

Based on his analysis of these mass extinctions, the Professor, as pictured above in his lab with an unknown cohort, developed a mathematical formula to help predict how much extra carbon could be added to before triggering a sixth one. Their models, as shown below, are highly sophisticated and complex for the average sod like you and me to understand. And, they are based upon the UN’s IPCC climate science models.

They bear this out. The UN’s IPCC is ecstatic over this as it falls nicely into their narrative that if we do not do something now about climate change the earth will end by 2100. A double whammy.  Accountability for such outrageous claims? Well, of course we’ll all be dead by then won’t we!

On another heart warming note:  A self-described “specialist in research and investigations at the United Nations’ “Department of Specialists in Research and Investigations” has earned a fair amount of publicity online recently for predicting that catastrophic events will soon befall Earth. Among his claims: On Saturday, Sept. 23, 2017, a constellation — a sign prophesied in the Book of Revelation — will reveal itself in the skies over Jerusalem, signaling the beginning of the end of the world as we know it. Yikes, that’s tomorrow!  This researcher believes that by the end of October, the world may enter what’s called a seven-year tribulation period, a fairly widespread evangelical belief that for seven years, catastrophic events will befall Earth.

He calls this his “Moses Theory.” They tried to interview him but they couldn’t nail him down: 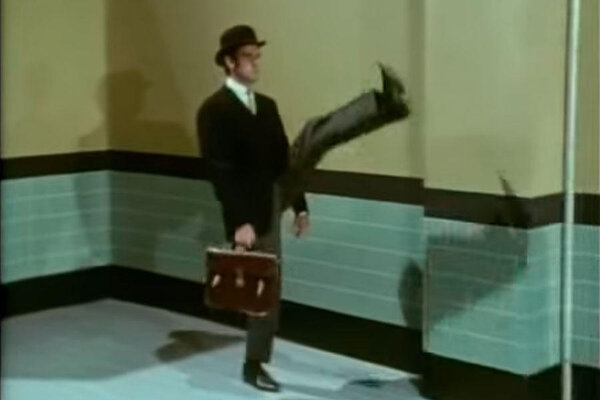 The UN pulled out its Mayan Calendar to do a fact check but were dismayed and forgot that that calendar ended 12 December 2012. get it: 12-12-12. Of course the United Nations says that we have to donate $60T dollars to third world countries if we want to stop this from happening now. I told them to go to 6-6-6!

From the who gives a flying F^%K file comes this: Rhianna reveals her real family name: Rhianna Fenty.

And here I though it was Rhianna Banana.

That’s all I wrote. Have a great weekend.