Countdown to Vezelay….118 Days and counting, not walking but counting. 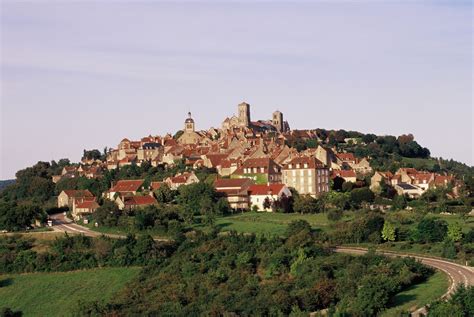 I am a bit upset that the Pope has recently announced that “Hell” no longer exists.

Hell, I thought to myself. Damn. Telling someone to “Go to Hell” just doesn’t have the same impact anymore. “Hellfire” and “Brimstone” were two of the most terrifying words that a young Catholic child like me could ever hope to hear. Terrifying I tell you. How I prayed at night before I fell asleep that the devil be gone from my ever so innocent dreams. Now:

I Want You…to show me the way, every day.

hahahahahahahahahahahah…you can’t have me! And what about God’s given rules that were constantly shoved down our throats as young Catholic lads and lasses. I am reminded

“of one really weird and unexplainable moment that occurred to me while waiting to go into the confessional to confess my indiscretions and sinful works and sinful deeds and equally sinful thoughts.  Hell! It was a Saturday afternoon, springtime, around 4pm, the scheduled time for confession at our church.  And given that the church was right across the road from our house that day or time of day didn’t really cause me an inconvenience.  Damn! Run across to the church, do my thing, say the requisite number of Our Father’s, Hail Mary’s and Glory Be’s, and voila, the slated soul was clean, snowy white again, all black spots disappearing into the sinful ether. Whew! Then run back home to catch the latest Tarzan edition on TV or tales from the really dark continent awaiting a supper of hot dogs, or better still, Kraft Dinner – with ketchup! Yummy!

I am sitting there in the cavernous church: non plussed, and wondering what I’ll be confessing.  There was that list of sins of course, both venial and mortal to contemplate. Damnation! The church, being really well organized after thousands of years of practice, and not wanting to waste anybody’s time, the priest’s or mine, had a list and that list was all encompassing.  Hell yes! It must have been quite interesting and comical fun coming up with the list of venial and mortal sins.  I would have loved to have been part of that Working Group or Ecumenical Council for certain. No shyte! Yes, a sinful checklist of remembrance was the way to go.  Did I do this?  Check! How about that? Check. Masturbation? What is that? More on that later! Uncheck? Murder? Nope, uncheck unless thinking about murdering my oldest sister was a sin? Uncheck that. On and on it went. Meantime, while I was sitting there waiting to go in to meet my fate head on, I suddenly came down with a horrific case of the hiccups: bad, violent, non-relenting.  Each hiccup shook my entire being. It was God’s punishment for my dastardly indiscretions…or so they led me to believe! Hell on earth!

Ever try to mask or hide a hiccup in a confined environment like a church, or worse yet, the claustrophobic confines of a Confessional? It is not pretty. Your cheeks bulge out; eyeballs and pupils expand outwardly in a Feldman like manner; the stomach contracts then expands in rapid succession; and, like an uncontrollable fart, a growling sound begins its emanational rise from the lower bowels of the human body bypassing the stomach then running up the oesophagus in its belch like fashion, or in the Catholic vernacular, like a resurrection. The gut, it hurts. The whole sensation repeats itself over and over and over again until those hiccups run its course. With each attempt to mask the hiccup the sensation becomes worse and deeply magnified. Like hell itself!

Embarrassed, I sat out in the pews near the back of the church daring not to even think about going in to that dark, dank and tiny expanse that they called the confessional.  The interior of those tiny cells, abreast of and on either side of the priest’s chamber, have a unique odour about them. Here, some 50 years later, as I am writing this, I can still sense that smell.  A toxic mix of incense and sweat interspersed with a whiff of stale tobacco and alcohol for all of the priests smoked and drank.  Once inside and kneeling there was no escape for the priest knew you were there given the little panic-type-like button that activated a beep for the priest’s sake and a tiny red light outside of the cell once your knees pressed into the red foam of the kneeling pad.  All the priest had to do then was to slide the small grated sliding door to the left or to the right as need be and you were trapped, trapped by the Priest’s undivided attention, until absolution. I am sure that every Catholic knows and remembers the sound of that small sliding door opening and closing. It is the sound of hell!

I couldn’t even think of how I would handle that situation. Damnation!

But now, with the threat of “going to hell” all but disappearing, what on earth are they, the Catholic Church, going to do now?

Saying “Hey you, asshole, Go to Heaven” or “I’ll see you in Purgatory” just doesn’t have the same denigrating ring to it, does it? No, getting rid of hell will definitely change life’s interesting lexicon – and not in a good way either. Maybe that is why the Pope made this decision. He liked “Hey yo” better…perhaps.

That’s my sermon for today….the hell with it anyway.

And when they say: “Hell hath no fury like a woman scorned.” I can only laugh out loud.