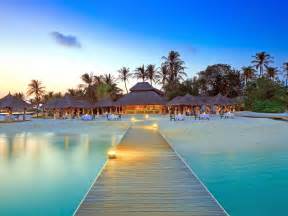 Headline: Kardashian pregnant with her boyfriend’s baby. How did that happen? Well if Bruce Jenner can become a woman then I guess anything is possible. Transferring babies? Wow. The Trans community is all in a tizzy.

Top chefs reveal their trade secrets. That’s easy one was heard to say. I use “Take-Out! Or I brown bag it. That way nobody can see my trade secrets!”

Hefner dies at 91. It was a great ride huh Hugh. Great memories of growing up with that icon hidden under my bed!

In Canada recently a family got asylum. The husband was rejected. “He just wasn’t crazy enough” a government official announced. I mean “Maybe next time.”

In response to Trudope’s taxation legislation that is going to screw the middle class: “I didn’t vote in the rast erection” a Japanese Canadian was heard to say.

So the NFL, CFL and now NHL are going to continue with their bended knee protests of the National Anthems. Great I can just TFL: This Fan Left and change the channel. See how that works for ya all. What is going on here these days? Is anyone happy anymore? What happened to our role models?

Other things of note: Colbert is just not funny. Oliver is just not funny. Maher is just not witty, or funny. American comedy is on the skids. SNL? 40 years of crap. Can that canned laughter machine and hear just how stupid their monologues are. Thinking the other day about this and then thought about Jack Benny. Now this guy was funny:

The master of the visual understatement.

Rewarding rigor: as in rewarding high academic achievement in schools. Sorry guys but that type of rigor is now known as “Rigor Mortis” in our institutions of higher learning.

They say that France and other old European countries have about 40 years remaining before becoming Muslim in their majority demographic. It’s also happening here. I thank my God that I’ll be dead and gone well before then. How do you spell relief Virginia: S…H…A…R…I…A! I can only hope and pray that a new Charles “the hammer” Martel is in the wings somewhere!

Heard in passing at an open air poker game: “Well that’s great infidel. I’ll see your 1.5 children and raise you 10!” How’s that! I call….

US Navy returning to basics after disastrous month of collisions at sea. Wow, they are going back to using compasses and pencils and forcing young officers of the watch to learn and implement the international agreement for Rules of the Road at sea. “Yeah, but where are the bike lanes? I don’t see any out here!” One raw recruit was heard to say. He was immediately reassigned to the Army……….Geesh.