These folks then decided to cross Michigan’s northern border to visit Mexico!

President Bill Clinton: “I did not have sexual relations with that women.”

With the ongoing scandal that has embroiled Trudeau and some of his cronies with the so called “WE” charity founded by the creepy Kielburger brothers, Trudeau was asked under oath if he was friends with the Kielburgers. He emphatically said NO and added…that he had never had any non-public engagements with the two, and had only ever “seen them at events.” 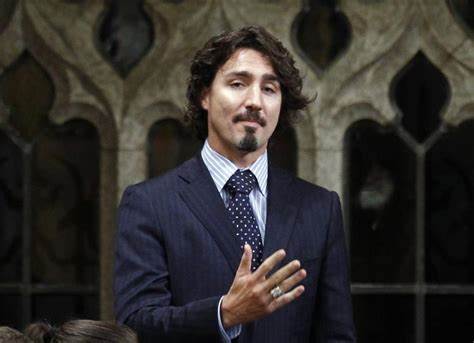 “I did not have sexual relations with that women.”

On November 10, 2015 — just days after winning his first general election — Justin Trudeau appeared at a We Day event in Ottawa, where he said (emphasis added): “The big challenge that our “friends” Craig and Marc have done such an incredible job with over the years – is showing you that each and every one of you is powerful….

Not to mention the $479,000 given to Trudeau’s mother Margaret for services rendered to WE…”but, but…we never pay our public speakers…”so say the Kielburger brothers.

“I did not have sexual relations with that women.”

In the wake of the sole source contract of $990M to the WE charity (since cancelled) Trudeau tells MPs that the WE Charity received ‘no preferential treatment’ from his office.

Not a good day for Canada:

French energy giant Total says it is writing off $9.3-billion (US$7 billion) worth of oil sands assets in Alberta and cancelling its membership in the Calgary-based Canadian Association of Petroleum Producers.

Trudeau and his Liberal pals are pleased.

Given all of the unrest in the USA with BLM, ANTIFA and other insurrectionists like MOM, they say it couldn’t happen here. Prophetic words were never so relevant today. Think again:

Deliver us oh lord from all of this madness, except for this of course: