I say fire them all and hire scholars who want to work. Why attend toxicity anyway?:

Demonstrations calling for more police accountability and an end to systemic racism are being organized at universities across Canada in what is being called a Scholar Strike, where educators and students will protest on campuses.

There is no systemic racism in Canada just like Canadians are not guilty of Genocide – in spite of what our narcissistic Prime Minister may say. Time to rid ourselves of this boy-man.

Has it come to this? I guess it has:

After all these weeks — and weeks and weeks — of filling the days with neglected chores (still doing), of avoiding exercise (successfully), of wondering if you’ll wake up (hopefully) on your deathbed regretful for all the pandemic downtime you wasted (you will), it has come to this.

You now live on your porch.

One of the country’s largest labour organizations is launching a campaign to coincide with Labour Day to push the Trudeau Liberals for changes to the federal social safety net.

Government says we have to get people back to work.

“Government is nasty, fascist, hateful and spiteful for even suggesting such a thing.” so says the NDP, Green Party and Labour Unions. Liberals agree. Conservatives can only shake their heads in disbelief.

“We have to have a guaranteed Universal Basic Income, where nobody works” so say all the left wing parties.

“But, but, but who is going to work the program?” the cons screamed.

From the “who gives a flying %$#& file comes this:

Juan Pablo Galavis’ Season 18 of ‘The Bachelor’: Where Are They Now?

I don’t know and I don’t care. And this is news why?

350,ooo motorcycles converge annually on small South Dakota town. This year was no different except no social distancing and no mask. Result: South Dakota saw 1 death due to Covid 19 related condition and no change from its pre Sturgis numbers. But the press pressed on with its “they’re all going to die” rhetoric to scare the bejeesus out of all of us and to keep the global crisis narrative going. Deaths have been declining.

And there was beer and motorcycles and fun….

But, but, the looting and rioting produce no cases…

And this is another example of how the media lies to us: 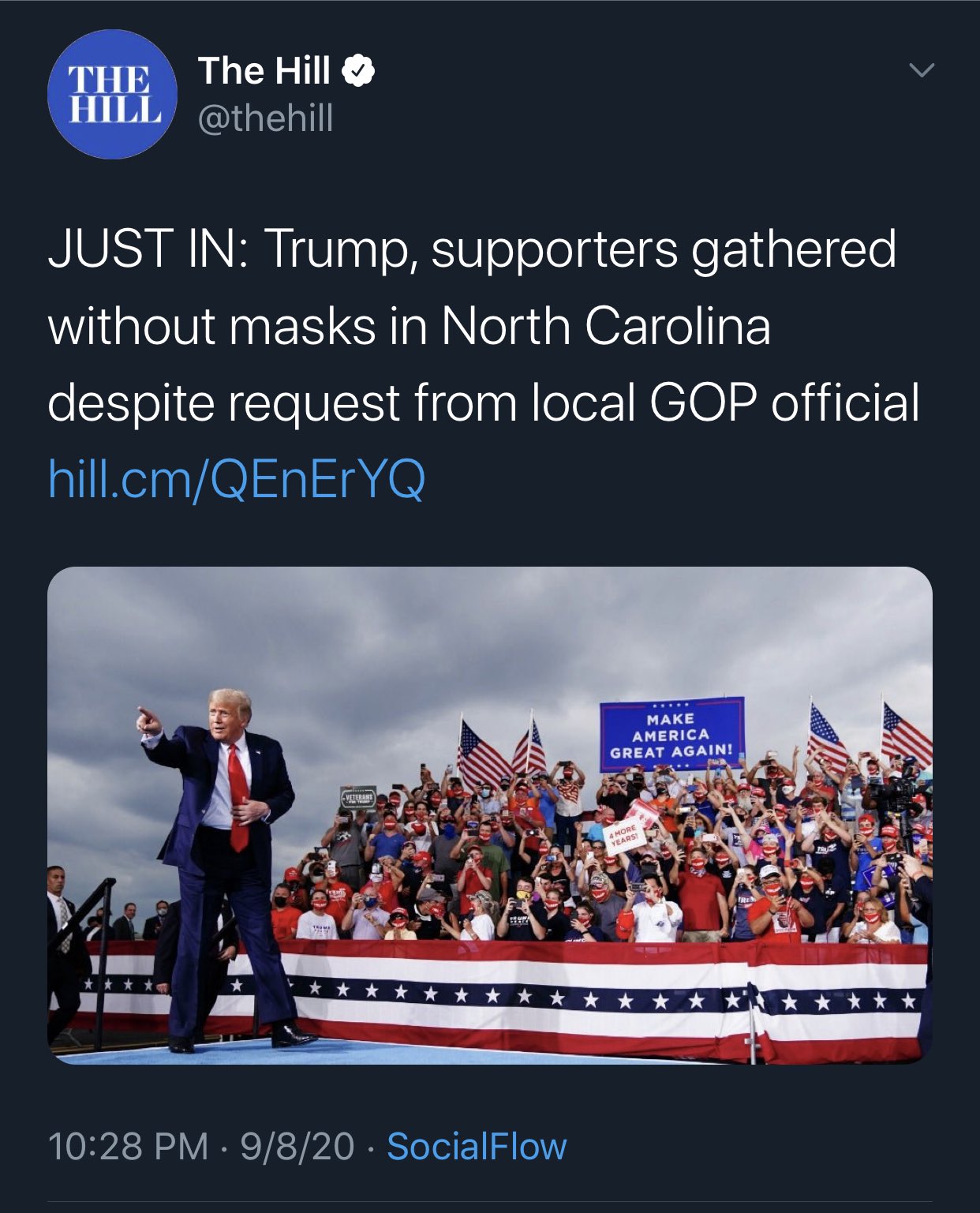 Everyone is wearing a mask, so the Hill changed its perspective to this: 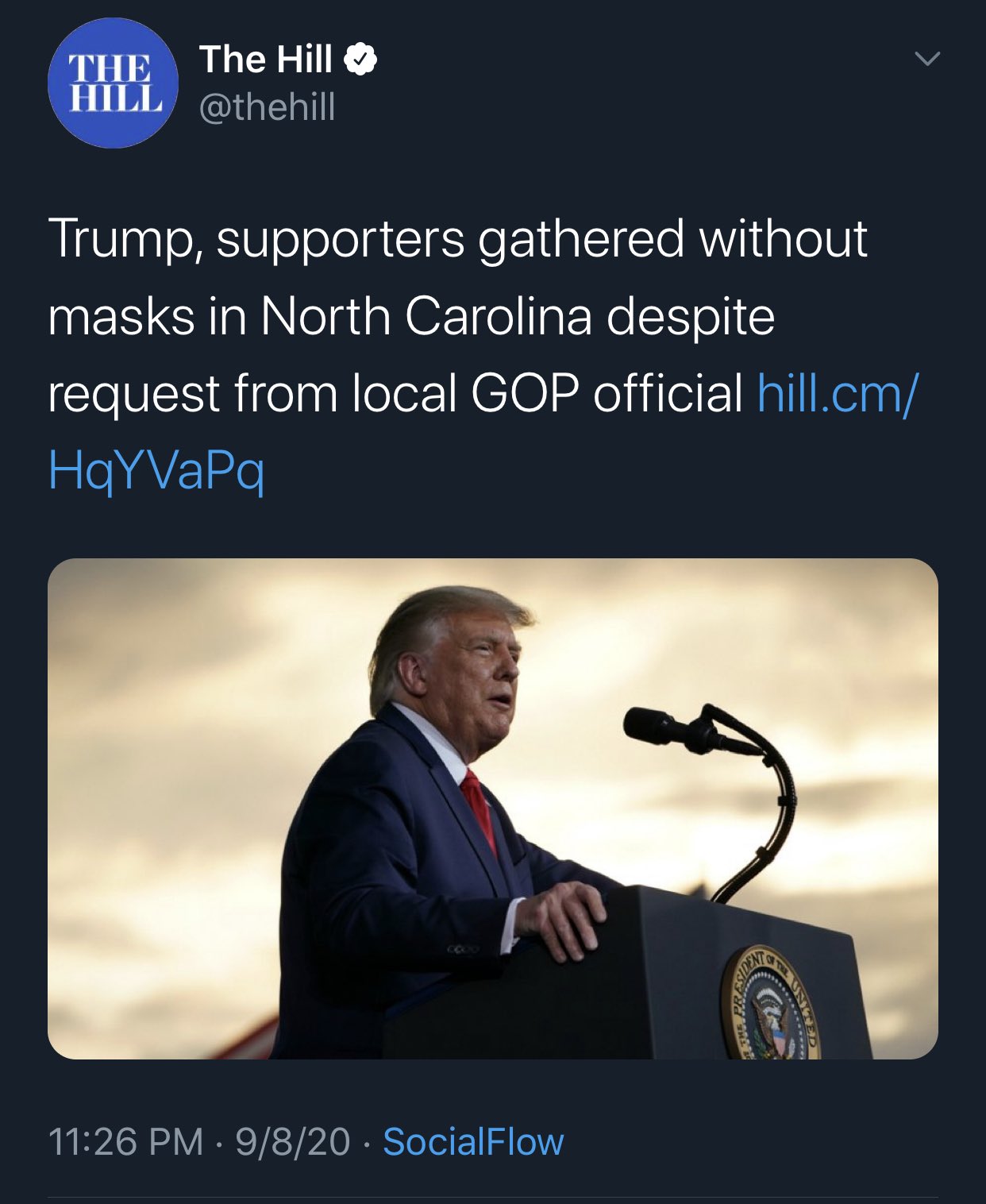 And then there is this. Remember that in the US medical health and welfare and emergencies are a state health department responsibility. Just as it is in Canada – a provincial jurisdiction.

I think they and we have flattened the curve don’t you? End this nonsense now.

DNC’s America as brought to you by Antifa and BLM

RNC’s American as brought to you by MAGA