Only 94 days until Maldives disappear, according to the UN. 01 January 2018…Gone…Nada…Dive! 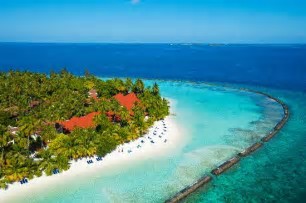 Hypocrisy of the media:

Athlete’s who take a knee or kneel down during the anthem should be in church, not on the field, or ice or whatever,praying hard that they will not lose their jobs. Meanwhile Tim Tebow takes a knee, called “tebowing,” in his celebration of a higher power prior to a game and he gets crucified by the press!

“I feel so oppressed” one athlete of colour was heard to say.  I was expecting $50 million this season but they only gave me $40 million. “Racist, it’s bloody racist I tell you,” as he was munching away on his Doritos, that dastardly symbol of white oppression.

You watch. Obama will be made a saint just a few years after his death.

Oh and then there is this: 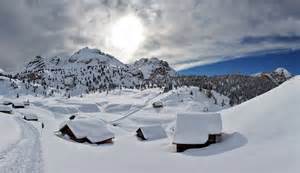 The “World Language Body” a UN body located in Medellin Columbia wants to change the word “snow” to something else. “Snow is just sooooo White Privilege. I mean look at it. So, we are going to change it to “blow.” “That’s more in line with the world’s shared values” another WLB official snorted.  “Besides saying – it is really blowing outside – kills two descriptive statements into one. We think that is so neet (sic).”

“We’ll be giving them at least 1 million kilos a year” a Chinese official was heard to say. “That’s major blow in my books. Oh, you were thinking of UN sanctions were you? Rats a good one” he responded. RoR!

Bird in the hand so to speak!

“Forgive me Donald, but I don’t know where that hand’s been.

Hugh Hefner’s Playboy mansion a ‘surreal’ experience for Canadian who stayed six months. “Yeah, I was on my back the whole time I was there” she said. “Wow! Sir is that for real.” when she had a peaky boo!

Every week something new from the left…to protest or get their undies all in a knot. First there was Pride, then BLM, then SJWs, then Black Olives Matter, then Green organic pizza, then Donald’s Trump, then Antifa, then statues, then pigeons defecating on their statues, then everything white, then kneeling down outside of church, then Athlete oppressions due to their high salaries. What is next? That you can no longer say “Trump” during Bridge and Euchre games? Can’t say spades either? And saying “Spades are Trump” will definitely get the clubs on you?

Oh yeah. This latest nugget from the lefty’s world of hate and intolerance: people who are right handed should be shunned and berated for their white privilege and their racist behaviour.

Now you know we’re in trouble as a country. Toronto goes into rapture mode during Hillary Clinton visit. Unbelievable. Her husband receives similar treatment whenever he visits. You know Trump has the “Art of the Deal” to fall back on while the other has the “Art of the Dough” to contend with. What would you rather deal with?

Oh, so that’s why all these guys are on their knees. They pine for the good ole daze.

And what does Trudeau have? The “Art of the Screw” as he moves to screw Canadians more and more each and every day. Then again, we Canadians being so smug are smug in the knowledge that we are the most screwed nation on earth…. and loving it…………………..Geesh!

This just in from the Canadian Press: “OJ to get steak and an iPhone after release….wow. And this is news?…..Why?

Love this one. Just shows what happens when one has shit for brains. Cartoon is from Theo and Maggie’s Farm. Great blog there by the way.

Astronomers say they have detected another set of gravitational waves — ripples in the fabric of space and time traveling throughout the Universe. It’s the fourth time this phenomenon has been measured by the scientists at LEGO, er sorry LIGO,or the Laser Interferometer Gravitational-Wave Observatory. The same group made history by detecting the first wave signals early last year. While such detections seem to be routine now, this latest discovery is unique since it was also picked up by a separate non-LIGO observatory.

“I was blown away,” one Astronomer was heard to say.

That’s all for this week. Read ya Monday. Have a great weekend.