I’d love to hear from you so please leave a comment. Just click on “Leave a Comment” tab on the left menu or the tab at the banner at the bottom of your Smart Phone page.

Check out my two books by clicking on the tabs at the top of the page. They are currently available on Amazon.

Double, double toil and trouble;
Fire burn and caldron bubble.
Cool it with a baboon’s blood,
Then the charm is firm and good….liberal-speak in the 1500’s

And in 21st Century lingo:

Smoke and mirrors on Parliament Hill dude. Have a toke man. Love it. Chill out!

So what’s up with the Turd these days? I cannot believe this from the Liberal Party’s own fire brand rag: The “Toronto Red Star” in the morning…. readers take warning.

Trudeau has shown his true colours with his insult to the Grassy Narrows First Nation. Yup….Yellow.

By the by. Why is it that only money will placate reconciliation and forgiveness? Huh? Why?

Hey, I was abused by the priests and nuns in school. Show me da money too. I need some re-con-silly–nation.

A First Nation wants to buy Kinder Morgan. Watch that go through the approval process in a flash. Of course, indirectly the Canadian tax payer pays for this. But when Whitey does it! Delay, delay, delay. Identity politics is ruining this country/.

So, if it is revenue neutral, and families will be a head of the game, then why bother bringing this tax in at all? To screw the middle class…of course.

Hahahahahahahaha, I told them…hahahahaha….that it was revenue, hahahahahaha neutral Gerry. Revenue neutral. That did it Gerry. Hahahahahahaha. Canadians are soooo stupid and smug. Hahahahaha. Oh how I love being me. Tomorrow, I am going to be a Sikh. Yessssss.

And in typical Liberal-speak…..well, it’s not a tax. It’s a levy. Hahahahahahahaha…..

Oh and get this. Victoria pays the highest for fuel in North America. $1.44.9 a litre. Soon to rise again. We are closing in on Europe. And the Greens and NDP say it is not enough.

CANADIANS, BC…………………….WAKE UP. You / we are getting screwed because not a single dime of this tax, levy is going to save the planet or improve our infrastructure. It is going into General Revenue, which means…in typical liberal-speak…that we are screwed. Bigly!

The planet needs saving alright. From the stupidity of our so called leaders.

“Everything progressives touch they destroy.” Cicero, 443 BC! 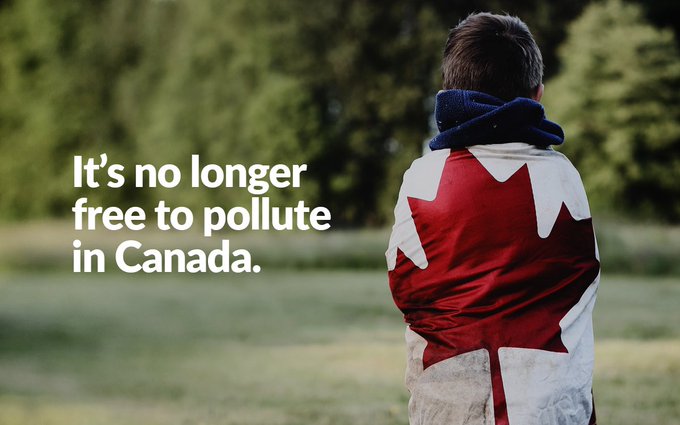 That (above) has to be the oxymoronic statement of the year so far. Barbie, C02 is not a pollutant. Saying so just shows how bloody stupid and ignorant you and your policies are. And quit wrapping your dumb policies in the Canada Flag.